The seas were still a bit rocky this morning as left Rye Habor but soon settled down making for a very nice calm trip. We found a minke whale and fin whale on our way out. The fin whale was one we have been watching since 1997! 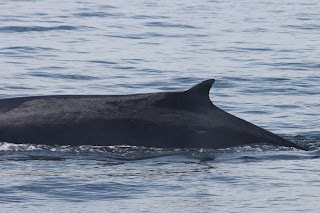 We spotted a blow nearby and went to investigate. A humpback whale was in the area too! This particular humpback, #0050 has been seen frequently lately, so good to know he’s still around! 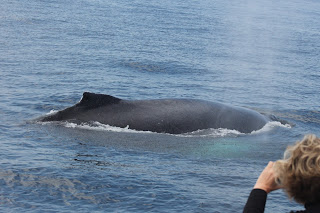 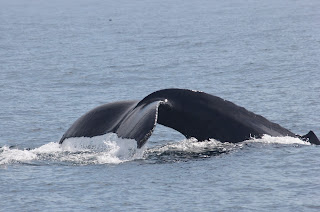 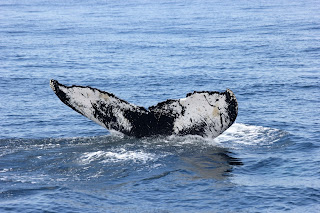 We left to explore offshore areas but came up empty so we headed back in to see 0050 one more time.  On our way back to Rye, we found 4 more fin whales (including #0354 and Crow) and another minke! Great morning.

This afternoon, we left the steamy harbor in search of cooler temps, oh, and whales. The North Atlantic had its air conditioning turned up!   Our mate, Ryan spotted our first whale- a humpback named Hornbill! He hasn’t been seen in a few days so great to know he’s still around! Hornbill was searching the area for fish, sometimes staying underwater for 10 minutes! But then he blew a cloud of bubbles and came up in it with his mouth open!  Bluefin tuna were also splashing in the area so there must have been some good feed for both the whale and the fish! 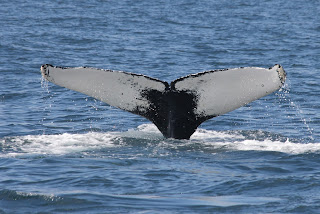 We continued on and found #0050 once again. We got a great look at him as he surfaced really close to us as we were sitting still, awaiting his next breath! Always good to know that we aren’t bothering the whales by our presence. 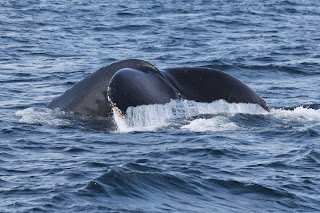 A fin whale was spotted briefly, and on our way home, we passed another humpback whale and a minke whale! Great day and perfect way to beat the heat!
Posted by Dianna Schulte, Blue Ocean Society Director of Research at 7:42 PM