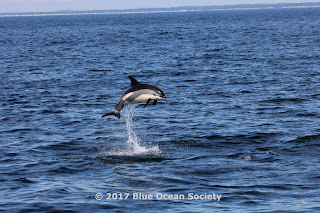 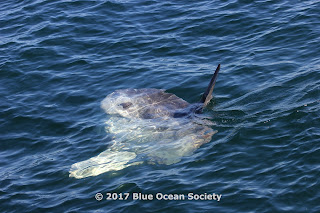 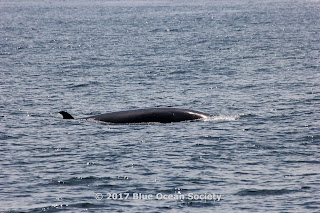 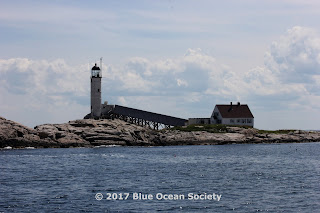 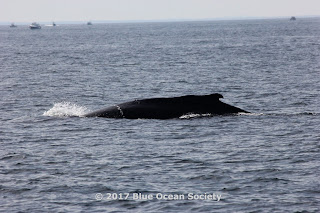 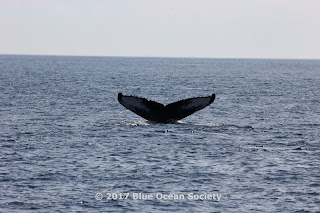 We saw a blue shark just below the surface briefly and then passed by another minke whale. We ended this trip with a pod of about 300 Atlantic white sided dolphins and another elusive fin whale.  Gorgeous day!
Posted by Dianna Schulte, Blue Ocean Society Director of Research at 8:56 PM