Whales! We had a great day with all sorts of whales! This morning we saw at least 3 minke whales, 6 fin whales (including Bolshoi and Crow), 5 humpback whales (including 3 adoptable whales, Pinball, Owl and Hornbill), and Atlantic white sided dolphins!  The dolphins were hanging out with some of the fin whales, making for some amazing views. Pinball’s calf was as playful as ever, breaching numerous times! 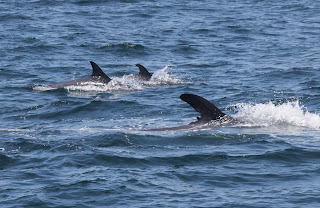 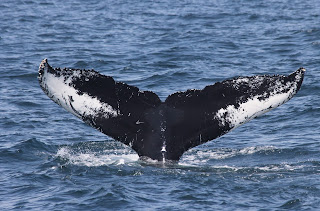 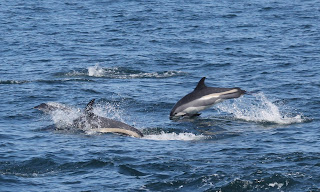 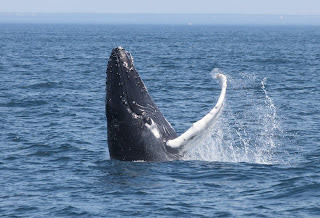 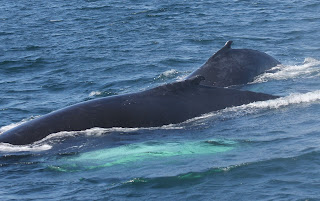 This afternoon, we had 2 minkes whales in close proximity to each other as well as 3 humpbacks (Pinball and her calf, and Owl) and 3 fin whales! The fin whales were being a bit aloof, but the humpbacks made up for it. Owl surfaced right next to us, and Pinball’s calf was active once again! 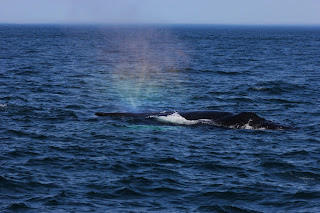 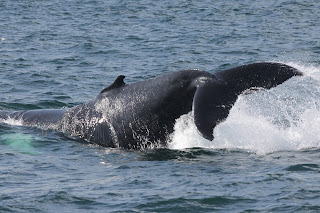 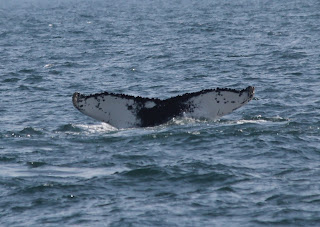