Today turned out to be a mostly lovely day in spite of the ominous forecast.   We got a few sprinkles during  boarding for our afternoon trip but otherwise managed to stay dry!

This morning we had a grand slam! Four species of whales as well as two bonus ocean sunfish!   We began our trip with a large pod of Atlantic white sided dolphins! The dolphins have been on the rare side this  summer so we were thrilled to find a pod of about 200! 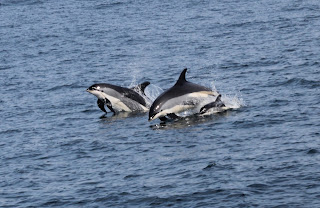 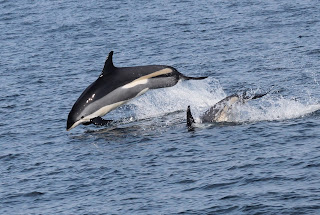 As we continued on, we spotted a humpback whale near a fleet of tuna boats. This was Quill, a whale who has been seen in the general area for a couple weeks now.  We also found a minke whale nearby. 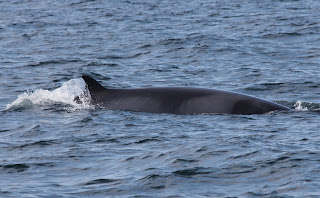 Soon we saw another spout which turned out to be humpback whale #0050. 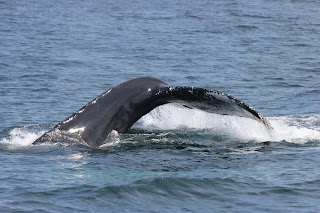 As we were watching this older male, we saw a big spout in the area. At first we weren’t exactly sure of the species as the whale was acting a bit out of character but once we got a good look at it, we knew it was a fin whale from the swirly chevron marking and far-set dorsal fin. We ended up with some amazing looks at this 2nd largest species of whale! 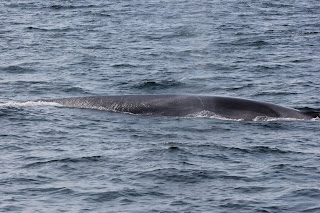 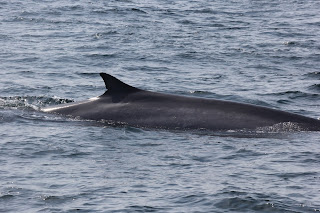 A couple more minkes and two ocean sunfish rounded out the morning trip.

The pelagic birds were also quite impressive today. The number of gannets circling and diving around the dolphins was pretty spectacular, as were the sheer number of Wilson’s storm petrels around the humpbacks.  We also found a fair number of red necked phalaropes and great shearwaters, plus some Cory’s shearwaters on the way home. 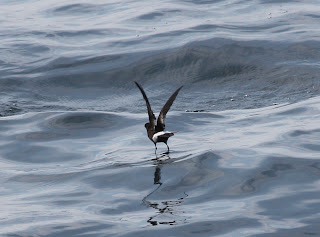 This afternoon we spotted a minke whale just past the Isles of Shoals and then we found a spout from a humpback whale. This was Quill once again!  We really love having whales set up shop so to speak!  As we watched Quill, another minke whale popped up as and then an ocean sunfish close by! 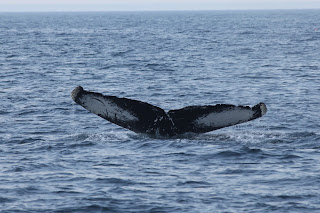 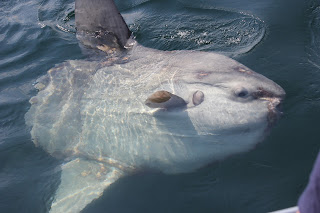 We then continued on to find the humpback whale #0050 again. This guy was moving around quite a bit so we continued on to a report of another whale just a little bit away. We saw this whale diving towards us but then it was a bit elusive and hard to get looks at especially in the fading light of afternoon and thunderstorms on the horizon. 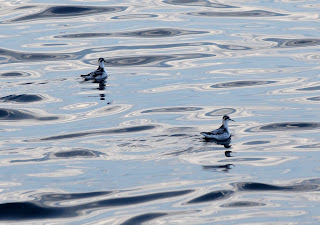 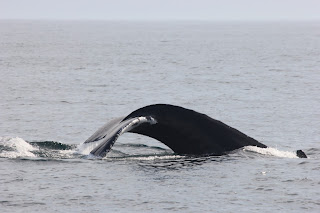 We headed for port, and amazingly enough our course home took us through the small clear patch- between the storms. We could see lightning in the distance to our left and right but our course was pretty clear. Another amazing day watching some pretty awesome animals! 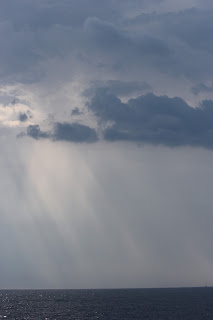