We had some beautiful trips today! This morning, our crew found 2 fin whales, 3 humpbacks, several minkes  a couple of harbor seals and even a quick look at a blue shark!  One of the fin whales was “Crow”, and old favorite.  Fin whales are so beautiful, graceful and huge! They are the second largest animal on the planet and yet we don’t know all that much about them.
The humpbacks were identified as Highlighter, Quill and #0050, two of which were observed blowing bubble clouds to concentrate their prey.  As we were watching Highlighter, our crew and eagle-eyed bird enthusiast spotted a bat flying around the boat!! 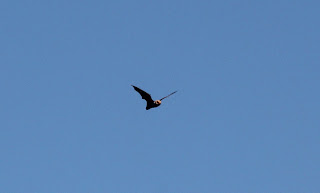 Now that’s not the type of mammal we expect to see 15 miles offshore!  The bat circled the boat a few times, maybe looking for a safe place to land since they can’t land on the water like the sea birds can.  In my 20+ years of whale watching, I’ve only seen 2 other bats offshore- we just never know what we’ll find out there!! 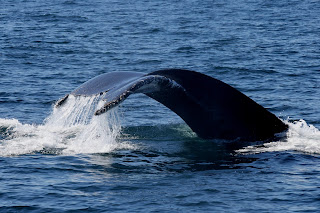 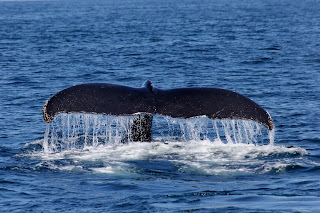 This afternoon took us to the same general area we were at this morning. We found some harbor porpoises inside the Isles of Shoals. Then we came across Highlighter again along with a minke whale. These whales were feeding right in a fleet of tuna-fishing boats that were anchored.

An ocean sunfish was seen as we continued on. This large fish was pretty active, coming up to the boat and then swimming away in the opposite direction, showing us just how maneuverable these interesting looking fish can be! 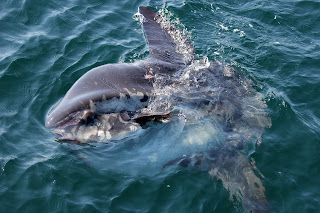 We found another couple of minke whales and then another humpback whale. This one was #0050, also seen on the morning’s trip! 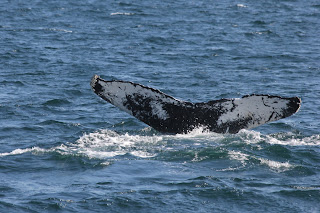 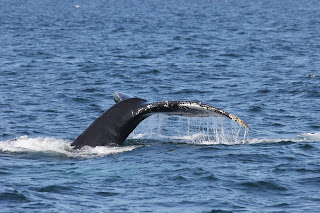 As we were getting ready to head for home we spotted a couple more spouts- fin whales!! Although these whales were a bit elusive, and we were out of time, we did manage to get a couple distant looks at them. 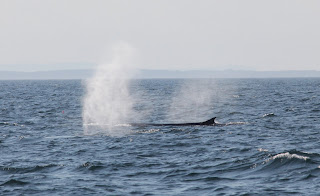