The northern part of Jeffreys Ledge was the place to be today!  We had mirror-like sea conditions for most of the day, making for some incredible sightings.

This morning, we passed by a small group of harbor porpoises, a couple of harbor seals, and even a couple of minke whales  as we knew we had a ways to travel to reach the area where we had some great whales yesterday afternoon. And of course, there is never a guarantee that the whales will be sitting right where we left them- usually the contrary is true!

As luck would have it, we found 3 humpback whales in nearly the same area where we were yesterday afternoon, and 2 of the whales were the same as yesterday!! Owl and Clipper were still here!  We spent some time with Owl first and were delighted when she approached us closely!!

In the distance we saw 2 spouts- one was Clipper, with her distinctive, clipped dorsal fin and the other took us some time to ID but eventually learned that this was Blackhole!   As we were leaving Owl to look at these two, Blackhole breached out of the water not just once but twice!!! It was incredible!!  She is a big whale! Most everyone on the boat saw this spectacular event, too!  We don’t know why whales breach, but it is always fun to watch!

So all 3 humpbacks this morning were adult females! Owl and Clipper both had calves last summer, and I believe Blackhole’s last calf was back in 2011.  I’ll be interested to see if any of these show up with a calf next summer!!

The afternoon trip took place in the same area of Jeffreys Ledge, but just a few hours after we left Owl, Clipper and Blackhole, the whales had changed up. We didn’t find Clipper and Blackhole again, but Owl was still there, and she was as awesome as always. She again came close to us, surprising us with her loud blow and substantial size!

We also spotted several minke whales in the area, darting all around, as well as some taller spouts- indicative of huge fin whales!  We left Owl to see the fin whales. What we first thought might be a pair turned out to be a trio!! And likely this was the same trio that we saw yesterday! It’s fairly rare for 3 fin whales to be together, but for them to be together for over 24 hours is really rare! We are just beginning to scratch the surface of fin whale behavior so this sighting will be a nice addition to our data!  In this trio, one whale was ID’ed as “Dylan”, a fin whale first seen in 1983!  Another had a large scar on its back. We have seen this whale before but it’s not cataloged yet, and it closely resembles a whale named Lightning who has a VERY similar scar. 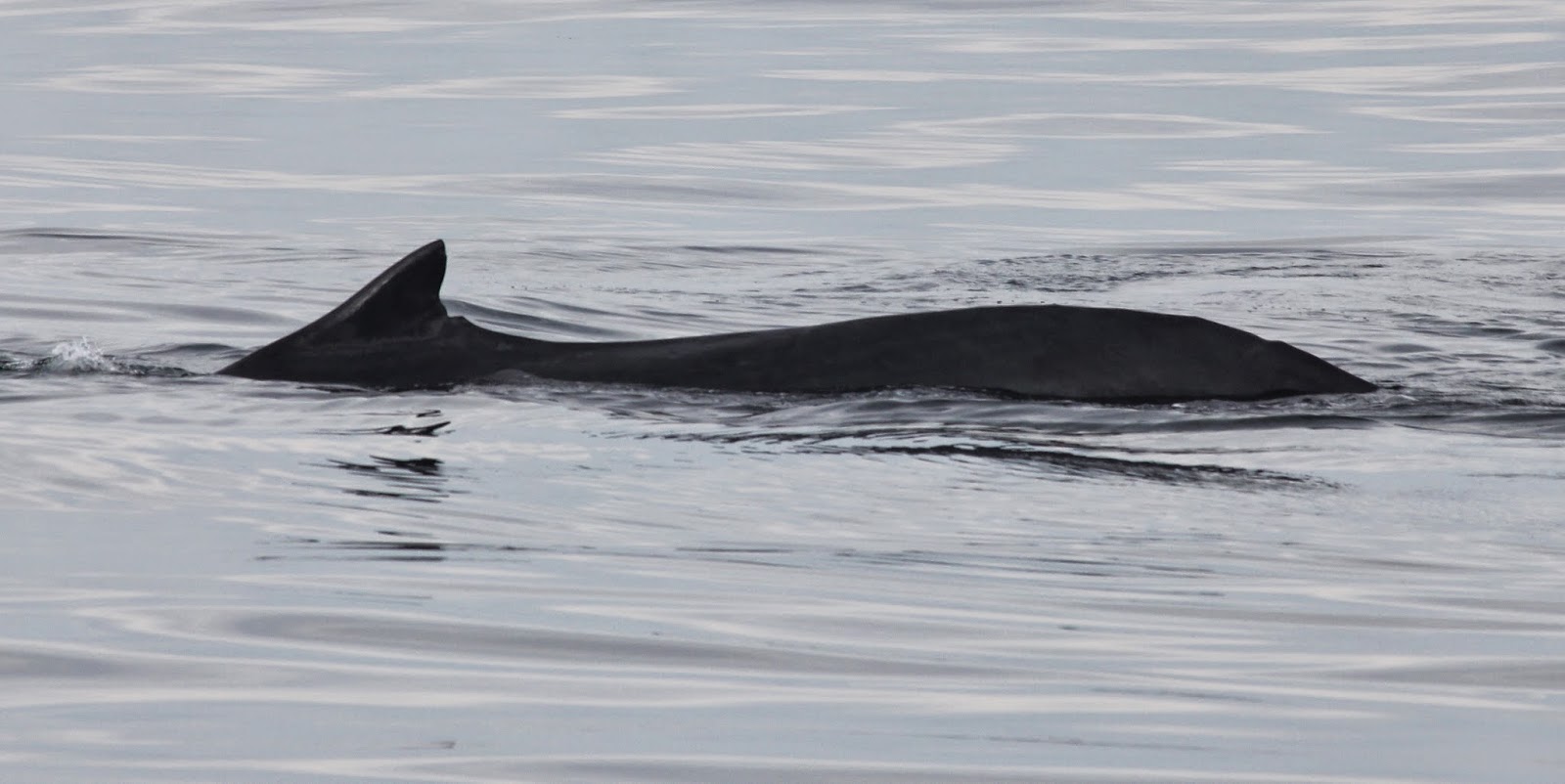 The variety of whales in the area was incredible- 3 species all in close proximity!   It was a very awesome day! 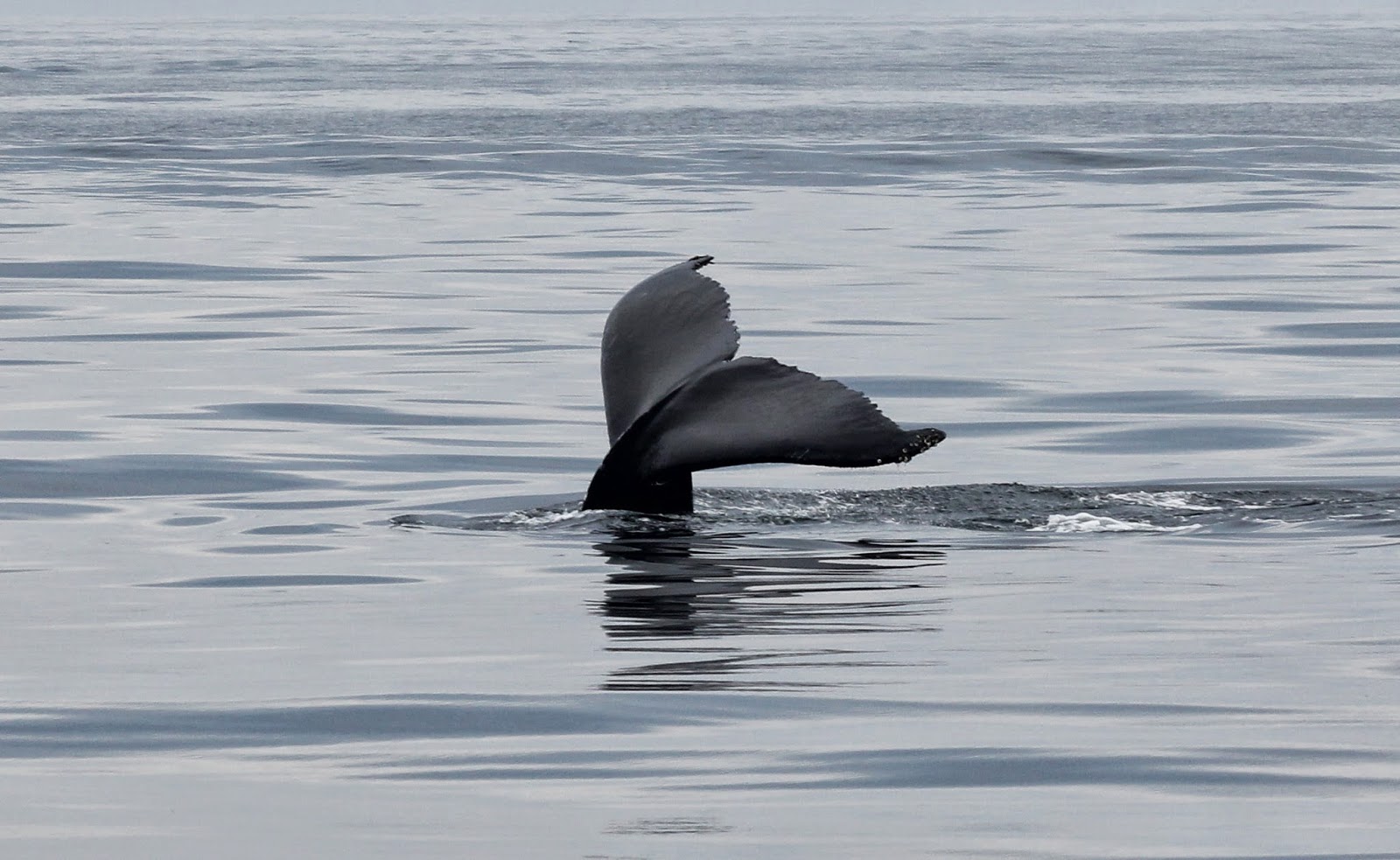 Thanks to all who joined us today! We hope to see you again soon for another ocean adventure!
Posted by Dianna Schulte, Blue Ocean Society Director of Research at 10:50 PM