Jeffreys Ledge was filled with pelagic birds today! The shearwaters of all species were out in force!!   Although this may not sound exciting to folks who are not into birds, it’s still a really great sign for the whales since the shearwaters eat the same thing as the whales. Lots of birds mean lots of small fish, and that means the whales should be here too!

The morning trip took us to southern Jeffreys Ledge where we found a very nice pair of humpback whales named Thread and Palette. Thread even showed us the entire lower half of his body by tossing his tail up in the air really high! Palette was a bit more subdued but still stood by Thread’s side the entire time we watched them slowly swim to the NW.  Also in the area was a stealthy fin whale. Although we didn’t get too close to that whale, we could tell how large it was even from a distance.  This trip also found two minke whales during our travels. Quite the variety!
In the afternoon, we headed back to where the morning sightings were, but these animals had since moved on and were nowhere to be found. We had a report from some other boats of whales a bit further out….just a bit. We ended up nearly 40 miles from Rye Harbor but it was worth the trip.  On our way out of the harbor, we passed by a minke whale and a small pod of harbor porpoises. Then we found a fin whale (#9709!!) just a bit further off shore.

As we headed out, we passed by two ships- likely 2 replicas of the ships Columbus used when sailing to America from Spain! 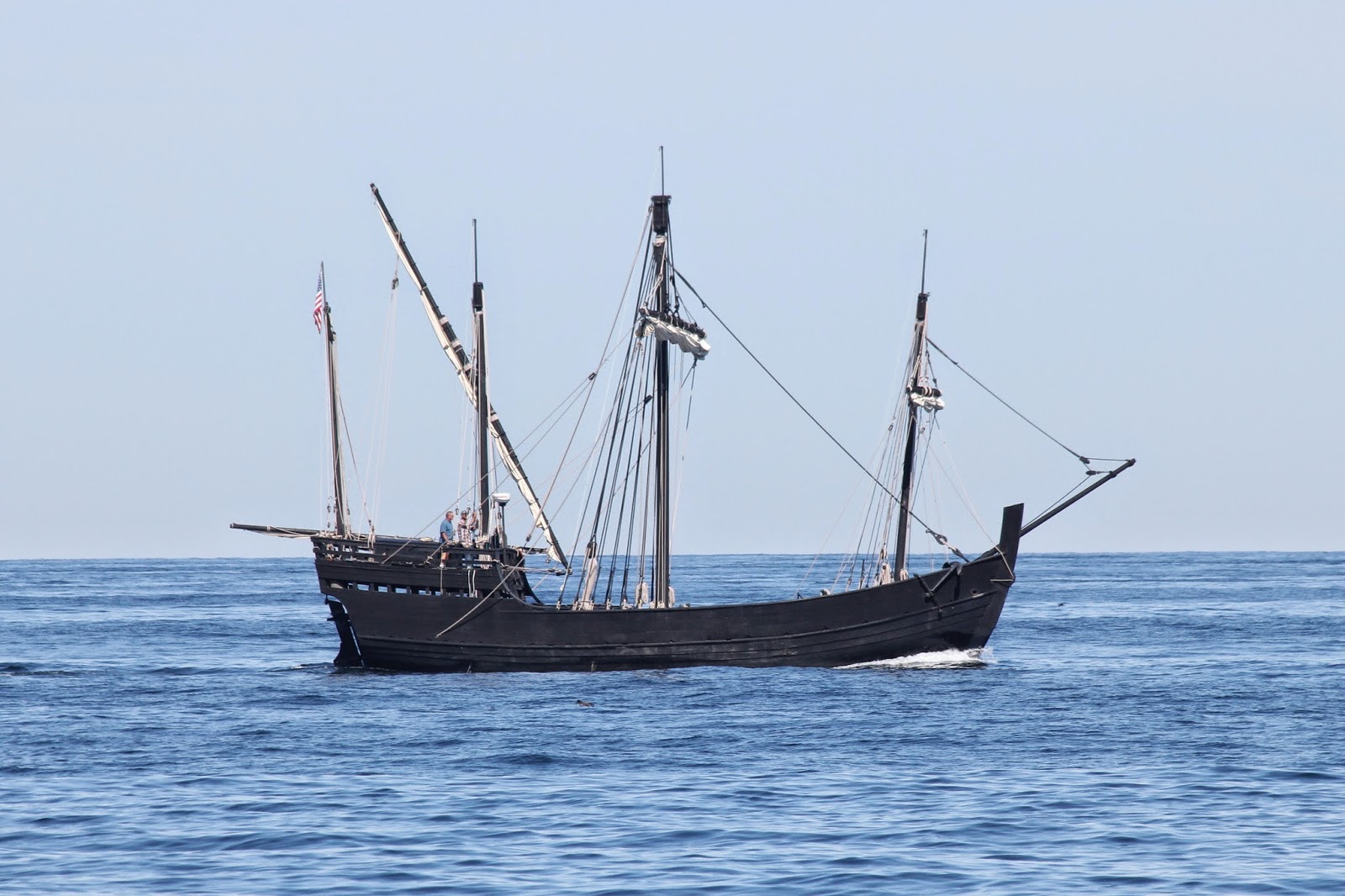 We continued on to the report. After many miles of water beneath the keel, we finally spotted some spouts! These were from humpback whales! Our first whale was pretty small and we soon realized it was a calf, but where was mom?? After a few minutes, Glo-Stick, the mom, surfaced with the calf right by her side. Mother whales will often leave their calves when they need to hunt for prey. In the meantime, the calf was a bit curious about us and decided to surface pretty closely several times!!
And then a third humpback whale showed up out of nowhere and just as soon, disappeared. These wild critters can be tricky sometimes! Although we had a long ride home, the conditions couldn’t have been any more perfect- calm seas and warm breezes. Can’t wait to see what tomorrow brings!