This morning we headed  out to find marine life and were pleasantly surprised with the variety.  We passed by a minke whale between the harbor and Isle of Shoals, and ended up with 5 minkes throughout the trip.
Two different fin whales were spotted including our familiar friend #9709. 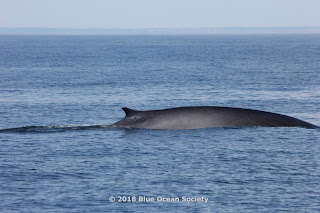 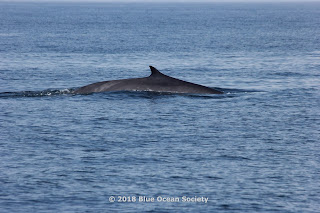 A couple of harbor seals and a huge grey seal were spotted. We got a brief look at a basking shark before heading home. But to our surprise, the trip wasn’t over yet. We encountered a large pod of Atlantic white sided dolphins. The views of these “toothed whales” were amazing! We even shut down the boat and let the dolphins swim around us curiously. By far, this was my best look at Atlantic white sided dolphins this year! 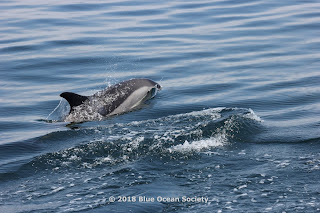 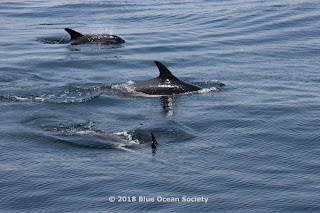 Oh, and I almost forgot to mention our stowaway!  We had a butterfly ride along on the entire trip! Between trips, we released it on land where it should be much happier 😊

This afternoon, we saw fin whale #9709 again, but she was a little ways away from where she was on the morning trip. 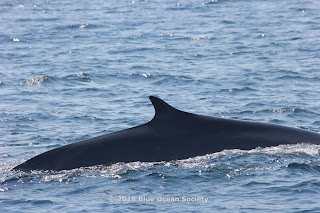 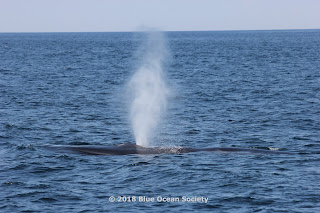 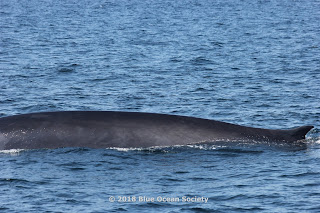 Whales certainly do move around a whole lot!  A few minke whales were also spotted, and a second fin whale was seen offshore too! 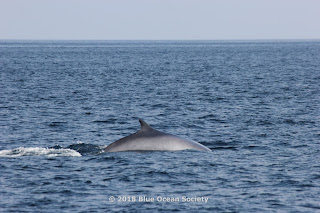 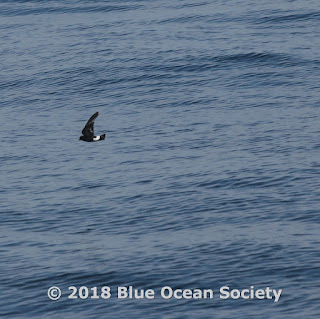