Today was another day of escaping the heat on land to go search for whales on the cooler ocean. Our trips today found minke whales, fin whales a humpback whale and an ocean sunfish! The birding was good as well with red necked phalaropes, Wilson’s storm petrels, northern gannets and a handful of shearwaters. 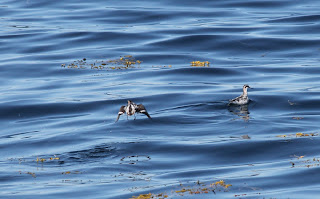 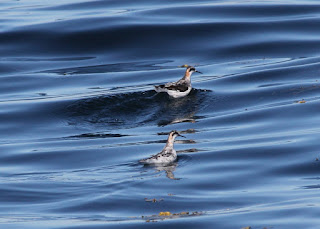 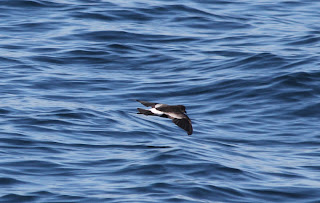 This morning we started with a mother and calf pair of fin whales. This was #9709 and her calf! The pair has been seen occasionally this season, with the calf seeming to wander off from mom quite a bit. We were treated to some amazing looks at these two once the calf came back to mom. 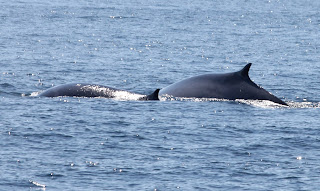 Several minke whales were spotted throughout the trip including Scar, who popped up while we were waiting for a humpback whale, named Quill, to resurface! It’s always great to know the whales we are looking at.  These aren’t just whales. They are old friends to many of us.

As we continued on, we found 2 more pairs of fin whales!! We are still trying to identify 2 of these. The first pair included #0802, a known female who had a calf in 2009, and the second pair included Crow (one of the few fin whales with a name) who has been seen since the 80’s.

This afternoon, we found 2-3 minke whales close to shore.  Upon analyzing my photos, it appears that one of the minkes was also seen in 2011!! We are working on cataloging minkes in addition to the well-cataloged humpback and fin whales. This minke is quite unique with a slight deformity of the upper jaw.

As we continued on, we came upon an ocean sunfish! This was one big fish and it stayed close to the surface as we circled around it. 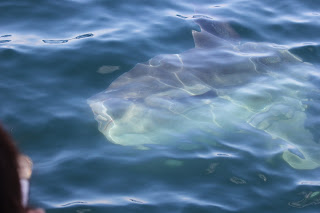 Next we got a report of a humpback whale and it turned out that this was Quill once again!  As we were waiting for him to come back up, a pair of fin whales cruised by. This was a mother and calf pair but they were a bit wiggly so we can’t be sure that this was the same pair from the morning trip. Another minke whale was circling the area as well.

Great day on the ocean! It is wonderful to see all the life that the Jeffreys Ledge area is hosting at the moment!
Posted by Dianna Schulte, Blue Ocean Society Director of Research at 10:14 PM