Every now and then there are days that even surprise us. Today was one of those days. The weather had been forecasted to be quite windy and with conditions being just that yesterday we were interested to see just how rolly the ocean would be. Turns out the weather had other plans. There was barely any wind on the water and while we could feel the effects of some windy conditions much further offshore (a pretty good swell was rolling under us) it was much nicer than anyone of us expected. On top of these unexpected conditions the whales were equally as amazing. Our first whale of the day was a familiar animal. Dingle was once again in our area and was spending a good amount of time on the surface.
While this whale was taking between 8-10 minutes dives it was not traveling far and would take a good amount of breaths once at the surface. We were getting some really nice looks.
As we spent time with this whale we suddenly began to see something interesting occur. This whale was arching so strongly as it was going on a dive we were suddenly well aware of what might actually happen next. All of a sudden the tail of Dingle was visible at the surface!?!? This whale was going on such a deep dive as it was arching its back it literally was bringing its tail above the waterline. While to some this may not sound, or even look all that impressive, for a species that rarely ever shows its fluke this was absolutely incredible. On top of this generally rare behavior, the fact that it was happening from such a familiar whale was that much more special. We have seen this particular whale so many times over the course of this season, and over the years, but we have never seen this whale's tail ever before! Amazing! Check out below the sequence of images as Dingle's tail broke the surface of the water.
With some amazing looks at so much of this whale's body we pressed on to see if we could find some other activity around the area. Soon we found another spout. But it wasn't just one there was a pair of whales nearby! Two large Fin whales were on the move together.
These whales were also not moving far in any particular direction. On top of that they were both being so mellow, so relaxed, so slow in their surfacings and swimming patterns that we were able to get some absolutely fin-tastic looks at both of these animals!
A few times these whales surfaced so close to the boat it was absolutely incredible to see such large mammals so close to us! 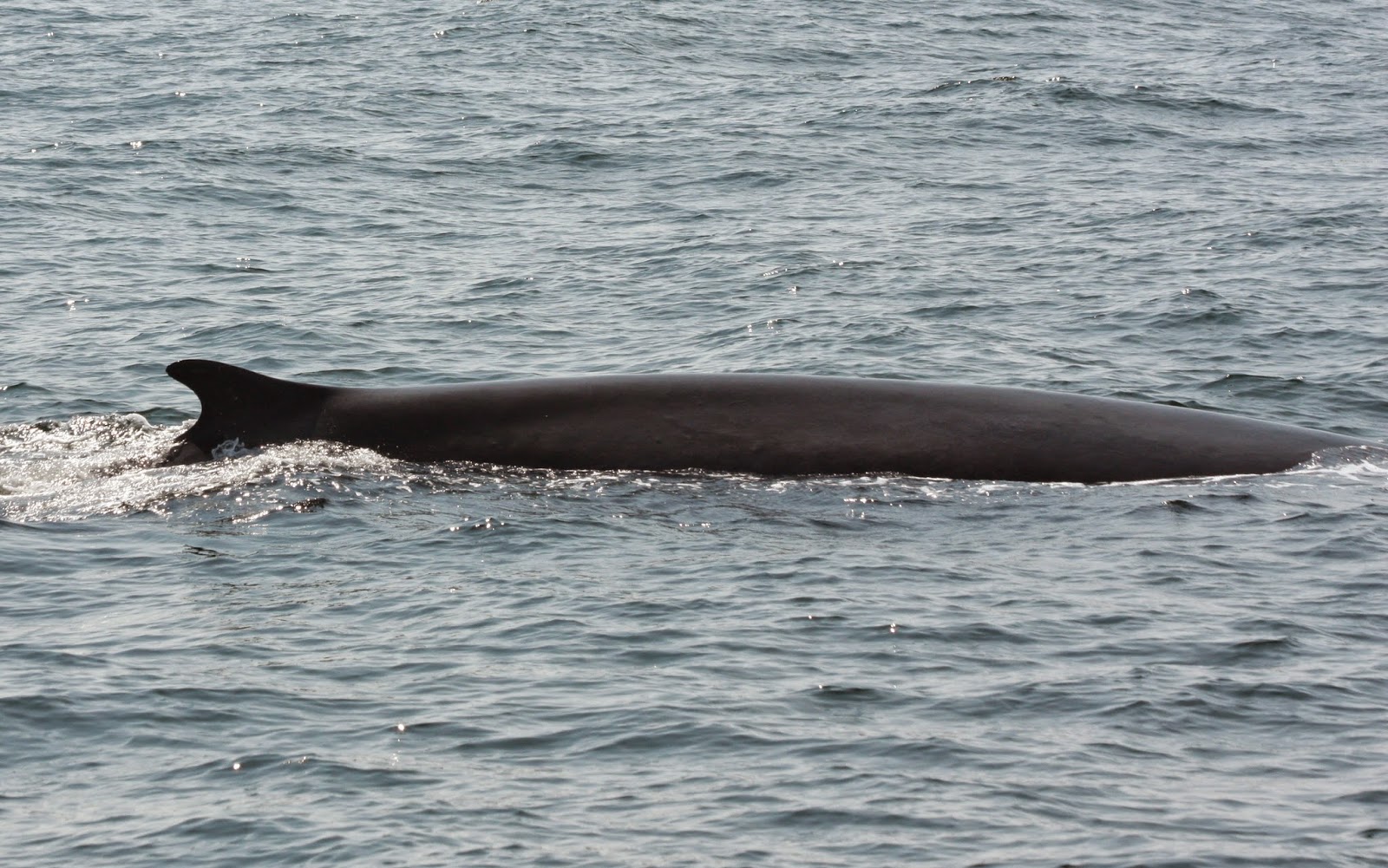 As we spent time in the area a couple of Minke whales surfaced out in the distance but with the Fin whales remaining so close to us the entire time we decided to stay put and check out the Minke whales from afar. Today was full of surprises. Nice weather after initially preparing ourselves for quite the active ocean and some absolutely amazing looks at all the whales we spent time with today.