As Labor Day weekend is upon us, it certainly felt like fall out on the ocean today.  The wind and sea spray certainly cooled us down and the marine life was great!  We first spotted a couple of harbor porpoises but these little guys were a big shy and we quickly lost track of them. As we continued on, we spotted the spouts of 2 fin whales ahead.  As we got some closer looks, we could tell that this was “Dingle” and his friend who were seen together yesterday!  The friend is a whale we have seen several times this season and will be added to our catalog this winter.

Why are these whales together for an extended amount of time?  We aren’t quite sure. There is quite a lot that we don’t understand or know about fin whale behavior. Generally, they hang out alone, but now and then they seek the company of others. Whatever the pairing was all about, we were happy to see them and watch as they surfaced repeatedly around the boat, taking short dives and not moving very far.

Also in the area were at least 2 minke whales. The minkes are a little quicker at the surface making them a bit trickier to see, but one of them swam right across the bow, apparently wanting to be seen!

As we headed home, we got word that a pod of Atlantic white sided dolphins was in the area. We detoured slightly and were treated to some phenomenal views of this pod (50-75 dolphins!).  The dolphins are always more playful and willing to be seen than the porpoises. We saw some of the big males cruise right alongside us, while the mothers with calves were curious too! These dolphins were really interested in the boat and even played in our wake a bit as we left! Atlantic white sided dolphins are normally seen on about 25% of our whale watching trips, but this year they have been elusive making today’s sighting even more exciting for us! 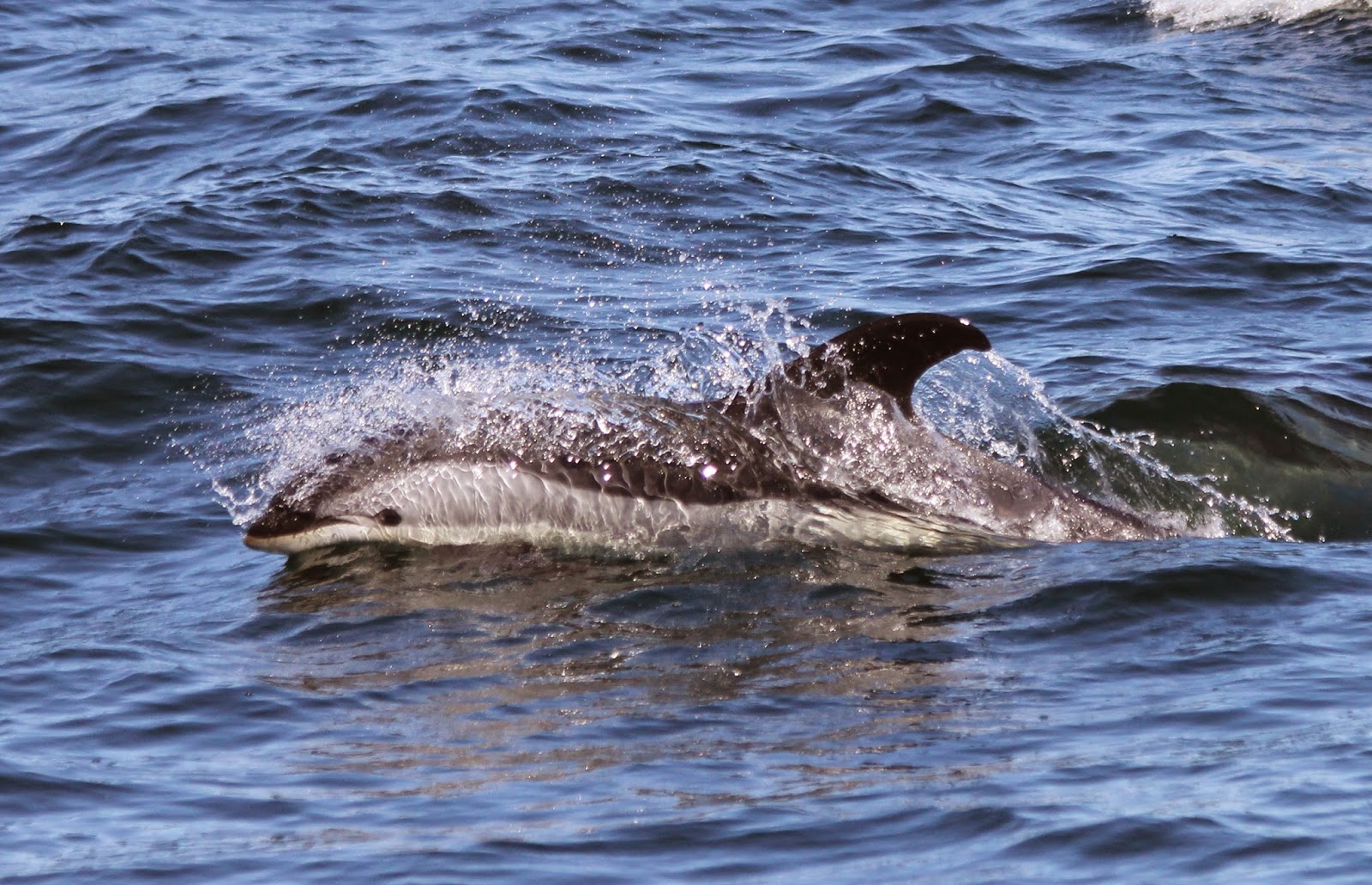 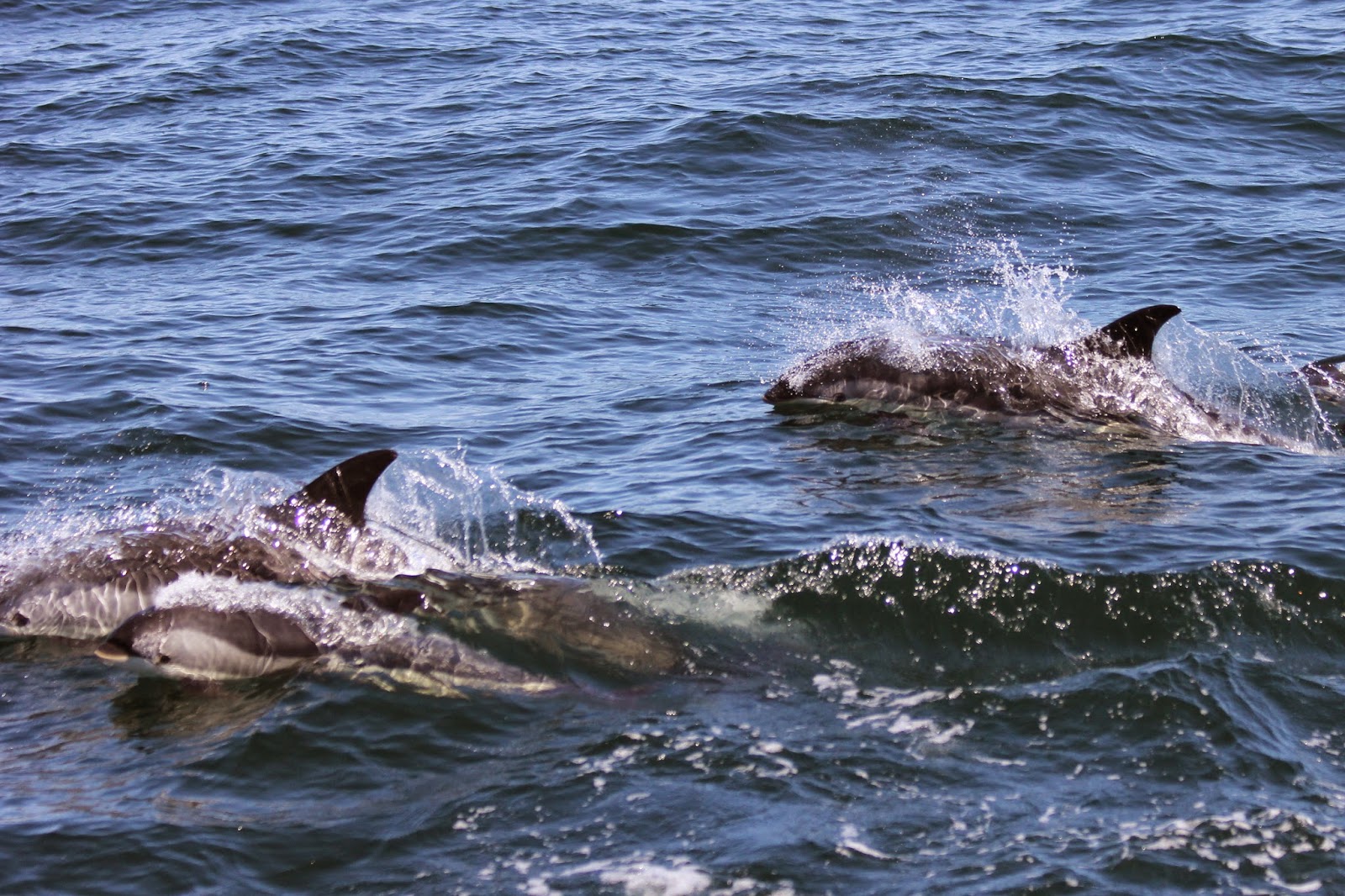 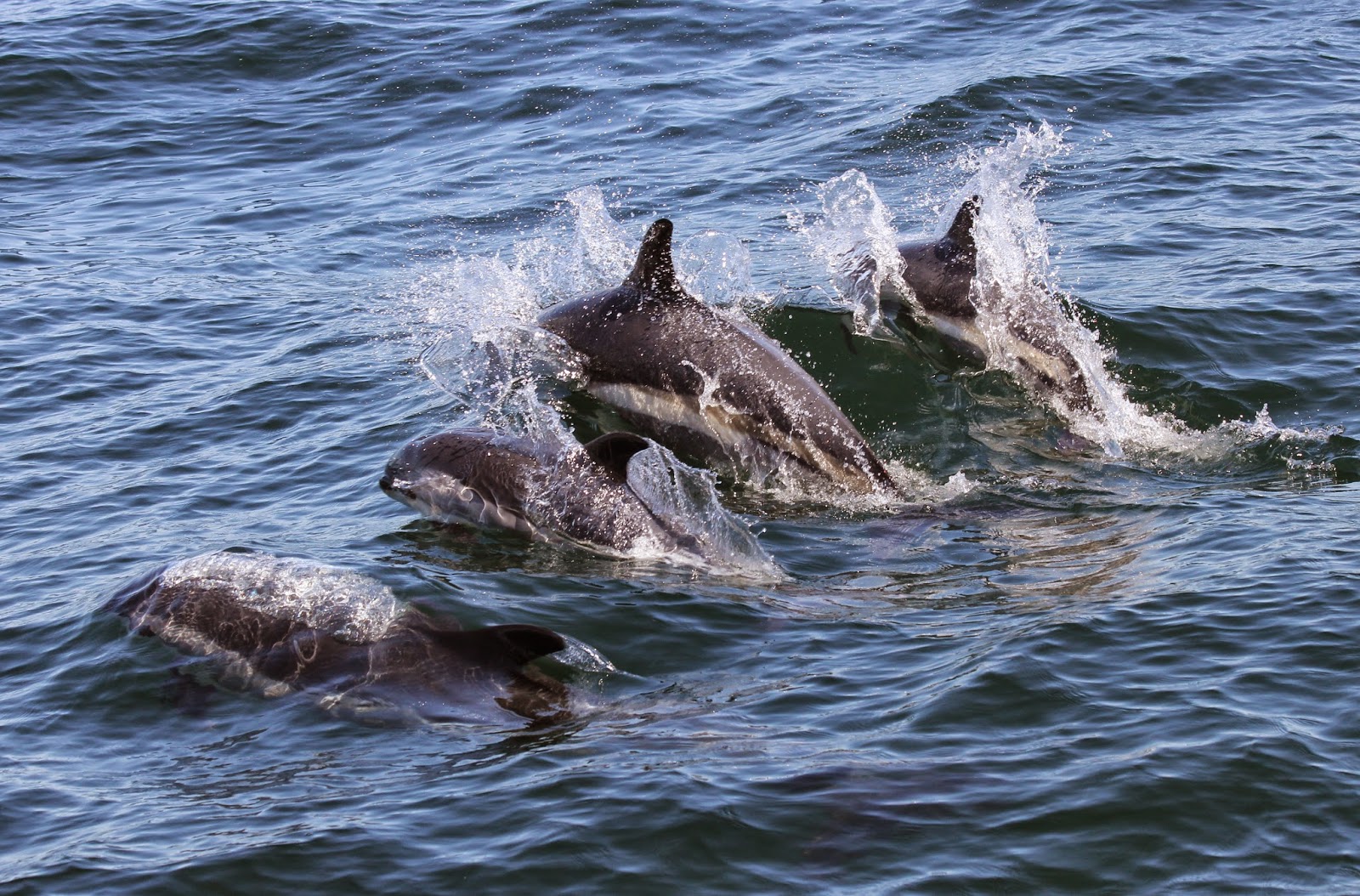 Such a great day on the water! Thanks to all of you for joining us!  Happy Labor Day weekend!
Posted by Dianna Schulte, Blue Ocean Society Director of Research at 5:28 PM