Calm seas and mostly blue skies awaited us as we headed out in search of whales today.

The morning trip headed towards the Isles of Shoals in search of whales. We found one close to the Shoals- a fin whale! This one was pretty busy this morning- seemingly racing back and forth, dodging all the fishing gear as it swam.

While we were waiting for it to come back to the surface, an ocean sunfish popped up close by! We took a few minutes to get some nice looks at this big fish since we generally only see them a handful of times per season.
After spending some time with our fin whale, we continued on to find a minke whale.  This “little” whale spent a good amount of time at the surface, and even poked it’s pointed nose out of the water a few times!
Next up was an amazing pair of fin whales! These two were ID’ed as Crow (a male first seen in 1987) and #0402 (a female first seen in 2004). We were lucky enough to get some incredible looks at them as they swam up to our boat and passed close by! These whale are huge!!

We also saw another in whale nearby but didn’t get the chance to look at it closely. On the way in we passed by more marine life including a harbor seal, ~4 more minke whales and another fin whale!  Such abundance!  Also on our way in, we took a minute to pick up what we thought was a balloon or plastic bag floating on the water near the whales. Marine debris is a big problem in the oceans as whales, turtles, birds, fish, seals, etc will accidently ingest or possibly become entangled in debris.  Whenever we can, we try to pick up an item to make the oceans a little bit safer for our whales. This time it really paid off- our  “balloon” was actually a solar shower bag!  Fill it up with water, lay it in the sun for a couple hours, you have free hot water! Environmentally friendly all around!!

This afternoon we headed back to the same general area and found a fin whale south of the Isles of Shoals. I believe this was the same whale that we saw first on our morning trip.

After watching it for some time, making our way through all the ominous fishing gear, we moved on, and circumnavigated the Isles of Shoals, looking for seals near Duck Island, and finding some minke whales just north of the Isles.


From there we headed south and found our pair of fin whales from the morning trip again- Crow and #0402 were still together!  We followed these two around for a bit while we watched an impressive storm pass by to our north. 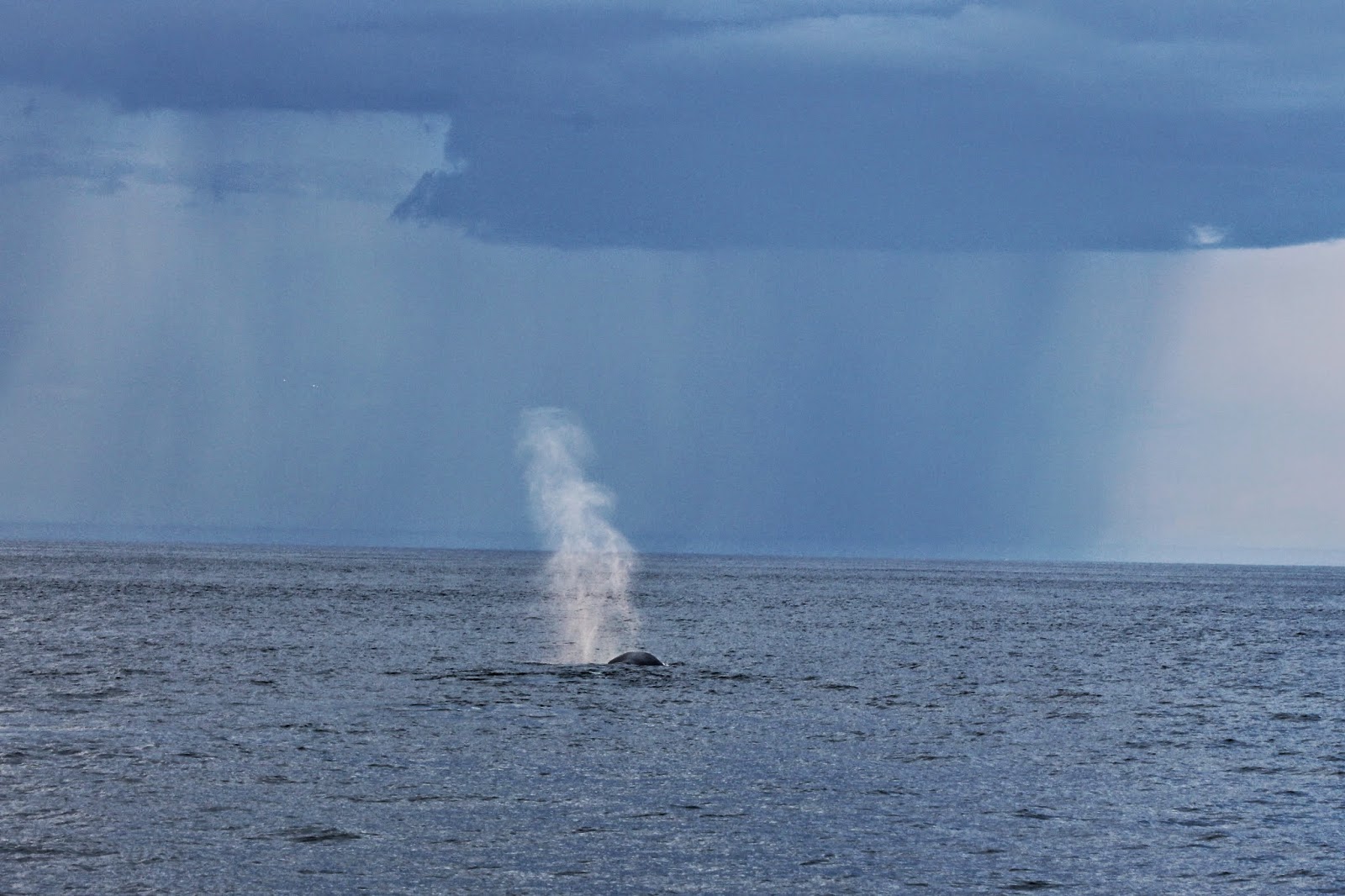 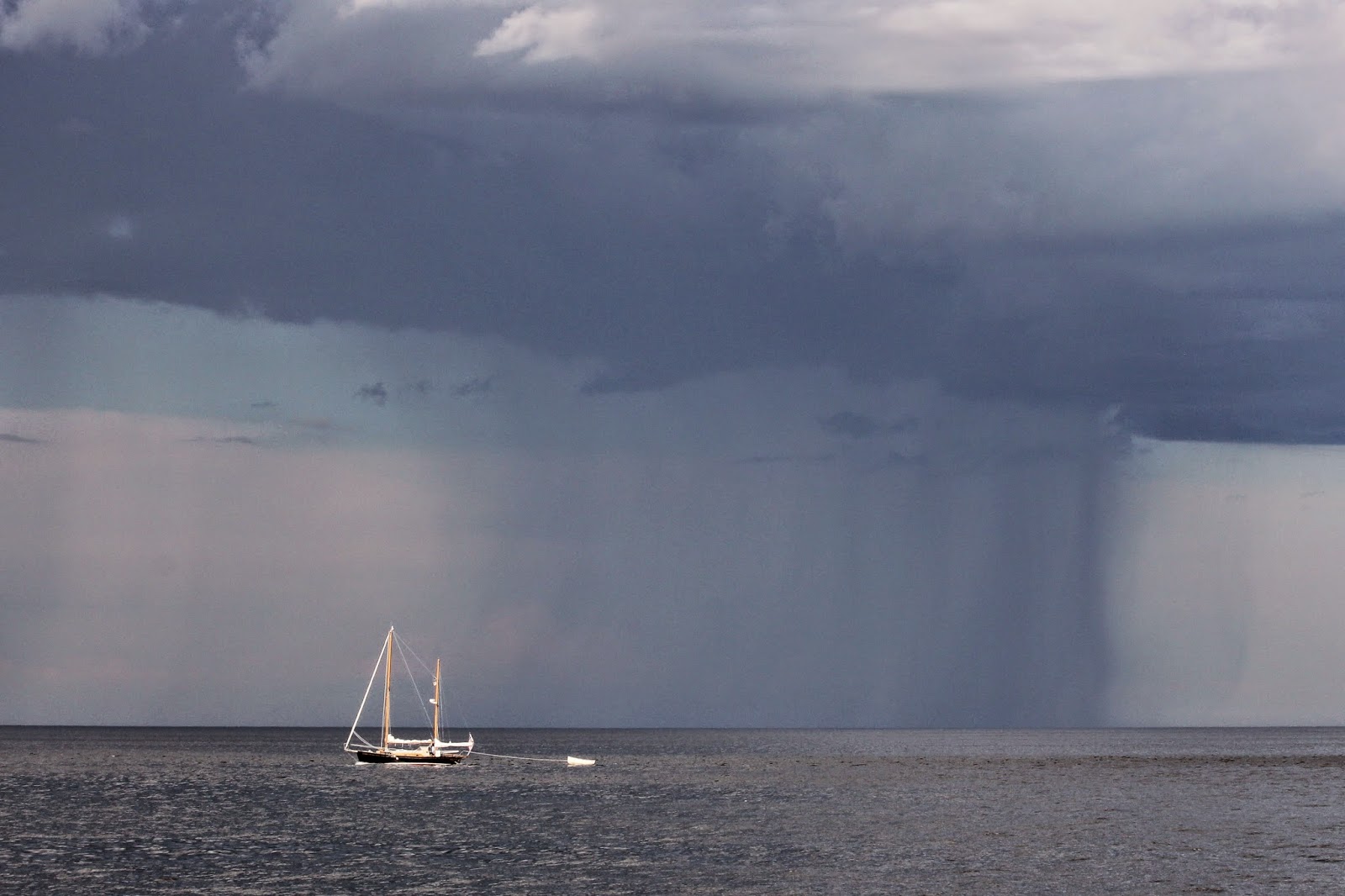 Just as we were heading back in, we caught a bit of rain but the best part was the brilliant double rainbow we had behind us!  There is just something magical about having the sun in your face, raindrops on your sunglasses, and a beautiful rainbow above to make you realize that the Earth is a pretty awesome place. 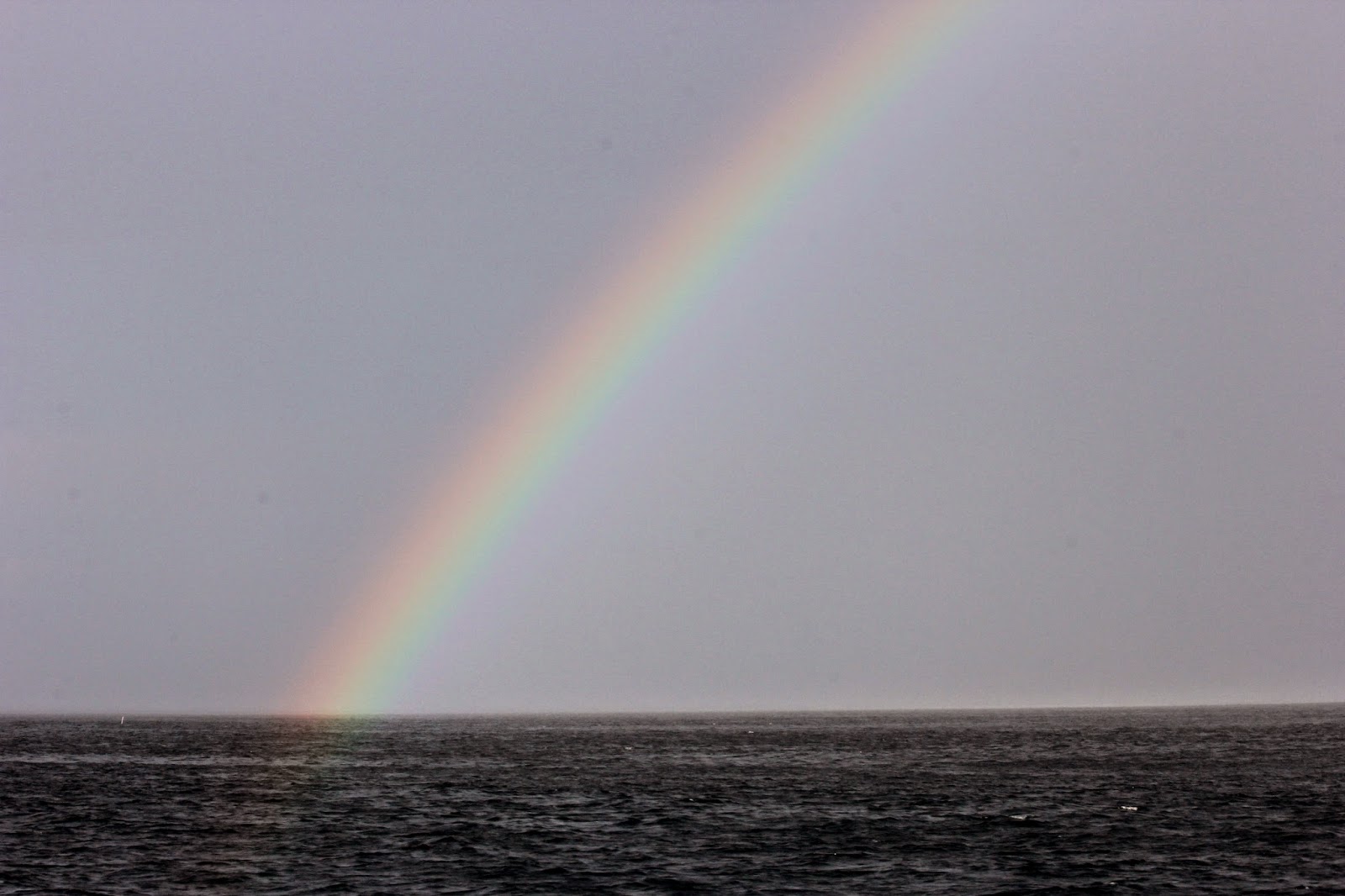