After yesterday’s exciting adventures on the still-tumultuous ocean, we were not sure what today would bring as far as sea conditions. But as nature always shows us, things can change in a heartbeat. Today’s seas were mostly calm this morning with a little left over swell from Wednesday’s storm, and the afternoon brought a stiff breeze as we were heading home.

This morning we had sightings of 4-5 minke whales but they were being a bit tricky to watch. We also had 4 fin whales that we saw close by with a couple more in the area.  Our first close fin whale was FWC #0324 and was showing signs of old and new entanglements. It is sad to think of all the threats to whales today, and how some whales seem to encounter the same issues over and over. Fortunately, this whale is a survivor and is looking healthy in spite of its new battle scars.

Next we found a pair of fin whales: Dingle and #0402! These two were also seen together yesterday morning, but not yesterday afternoon.  The social interactions of these whales are still a mystery to us, but the more we observe, the more we can learn about these huge inhabitants of the planet.


Also, as an added bonus, we got some great looks at an ocean sunfish as we traveled around. As one of our passengers said, these fish are “interesting” looking! That’s a nice way to put it!

We also got very brief looks at a passing blue shark and a harbor seal, not to mention the pelagic birds today including Corys shearwaters and even a young puffin!  Great morning trip with quite the variety! 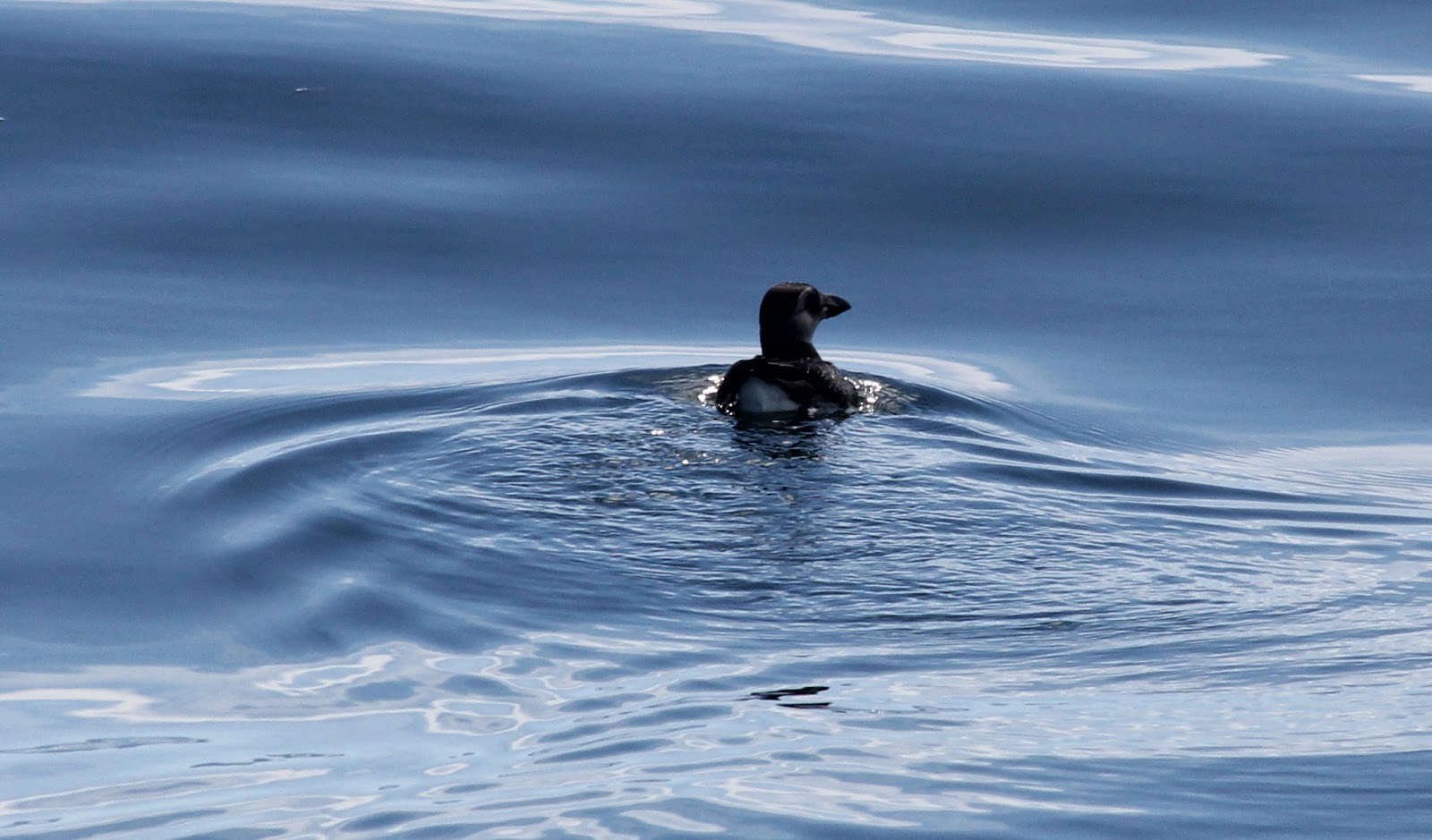 This afternoon, with the wind increasing, we managed to find a minke whale, briefly. The minkes seem to on missions lately and not showing themselves all that much.   So we continued on, searching the inshore waters of Ipswich Bay, just inside of Jeffreys Ledge. Eventually, we made our way out to the edge of the ledge- an area known as “Halfway”. Here we found not only a couple of whale watch boats, but also a couple of fin whales!! (Thanks to our whale watch friends for the hot tip!) These two were Dingle and #0402 again! Seems this pair is spending a bit of time together in the past 2 days!  Each time we saw these two up at the same time, Dingle, a presumed male, would surface behind #0402, a known female.


We still wonder what is up with this pairing- is it just social? Cooperative feeding? Courtship? Hopefully some day we will know for sure but until then, they are leaving us guessing!
Posted by Dianna Schulte, Blue Ocean Society Director of Research at 8:20 PM