Thursday morning we left the harbor to find glass-calm seas and cool temperatures. The first thing we spotted was a harbor seal! We then made our way to the same area we have been visiting for a couple weeks now and found two sleepy humpbacks. They were napping almost the entire time we spent with them and did not lift their flukes up. We were, fortunately, able to identify these two by their dorsal fins as Sword and Tripod. 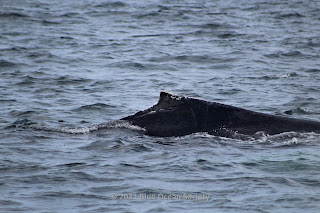 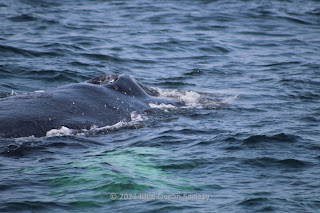 After leaving these two to nap, we spotted Frost going down for a dive ahead of us before spending time with a pod of 40-50 Atlantic white-sided dolphins! This pod was active and gave our passengers a great show of jumping and wake-riding. 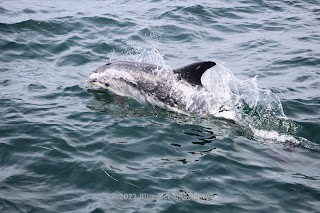 We then found Clamp, who approached the boat after a dive and gave our passengers really good looks! We were really able to appreciate her massive size! We passed through the Isles of Shoals on the way home and spotted a few gray seals. 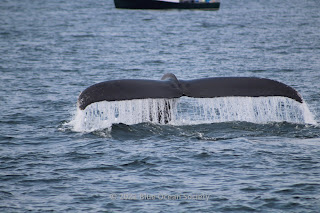 The afternoon trip could not have been more different. The wind had picked up and gave us quite the challenge of making our way to the whales. Thankfully with the help of another whale watch boat, we eventually found ourselves surrounded by humpbacks in the choppy water. We got close looks at Owl and Pinball, and Satula was spotted further away. 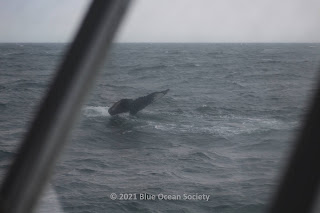 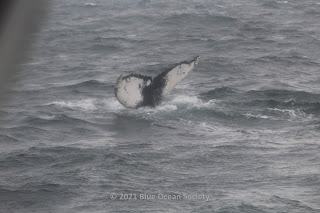 We even got to see some lobtailing and tail breaching from a whale named Wigwam. 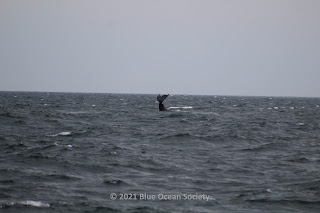 We had some distant breaching as well, but the crazy conditions and distance didn’t allow for the identification of these whales. We made it safely back to the harbor to find rain waiting for us. Thank you so much to yesterday’s passengers for braving the conditions and enjoying the whales with us!

After yesterday’s stormy afternoon, we were pleasantly surprised to wake to sunshine and light wind. A decent-sized swell was all that remained of the strong wind and rain just 15 hours earlier.  Heading out to where we had whales on our last trip, we found most of the same whales still in the area. Humpback whales were the dominant species yet again, but we did see a few minke whales along the way. Owl was the first to be seen as she swam back and forth within the fleet of tuna-fishing boats. She wasn’t always lifting her tail when she dove but we knew it was her based on the distinctive scar she bears on her back, evidence of a collision with a boat when she was young.  Although she crossed below the fishing boats’ fishing lines and lures multiple times, she luckily managed to not get snagged in the gear. 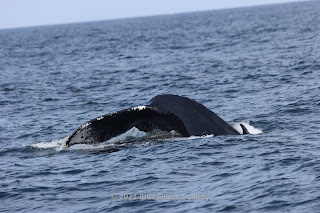 Wigwam was in the area as well, and then we moved on to a pair of humpbacks, Frost and Jawa who were slowly swimming to the north. A couple of other whales were seen here and there, but then we saw a dorsal fin that wasn’t familiar to us. We waited and waited as this whale was taking 10-14 minute-long dives but eventually we were able to get in a good position to see the flukes when the whale dove. Pixar, the humpback, is a new whale for us for the season and one that we have only seen a couple of times before! 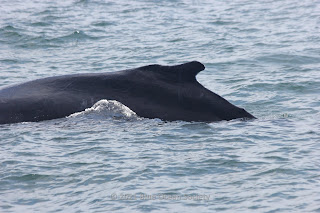 We got the afternoon trip in just before the NW wind picked up. Passing a grey seal on our way out, we found many of the same humpback whales that we saw in the morning, plus a few more! Pixar was now with Sword and Tripod. Tripod was flipper slapping repeatedly! Sometimes she even slapped both flippers while she was belly-up! Sword lobbed his tail on the surface and seemingly left the other two, but just a few minutes later he was back in the trio. 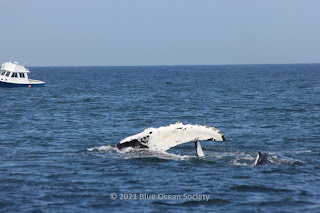 Owl was also seen and tail-lobbed once and then was blowing bubble clouds to concentrate her prey. 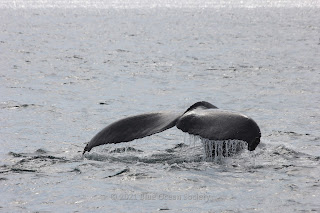 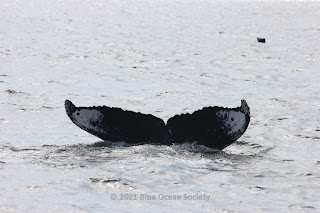 Just outside of the tuna fleet, we found more whales! Jawa, Wigwam, Clamp and Frost were zig-zagging back and forth. Out of nowhere, Wigwam leaped from the ocean, pretty close to our boat! (no pictures of that rare event ☹ )  Jawa and Frost reunited and paid us a close visit while a harbor seal was also close by! 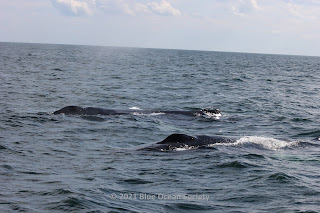 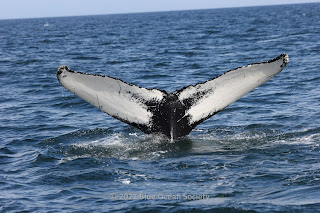 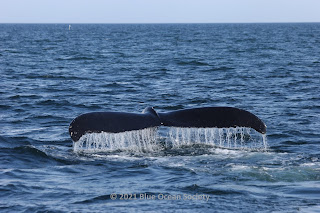 Pinball and Satula were also in the area although we didn’t get great looks at them.

The ride home was a little wet due to the sea spray that was kicked up by that strong NW wind, but overall, a fantastic day on the ocean!