Tuesday's weather in the morning made me think of fall. where the temperatures were quiet cool, but things things warmed up nicely through out the day.  We started in an area where we had received reports of whale activity from a fishing vessel as they were headed further offshore themselves.  Since we were not that far away, we decided to explore that area in hopes of relocating any whales that may still be there.  After searching for a little while, we came up short.  In the interest of time, we continued on our way to other areas of Jeffrey's Ledge in hopes that we would find whales.

After traveling an additional 5 miles, we started to see splashing in the distance.  We had found some Atlantic white sided dolphins!  It was quite a big pod as well, with over 50 of them swimming all around the boat.  We even saw a blue shark swim by underneath the bow as we were watching all the dolphins.  We were able to spend quality time with them and even had them ride in our wake.  With ideal condition to view dolphins, there is truly nothing better than seeing them in their natural habitat. 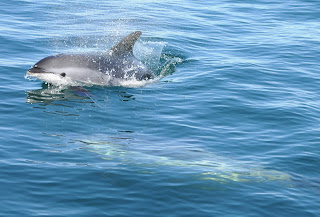 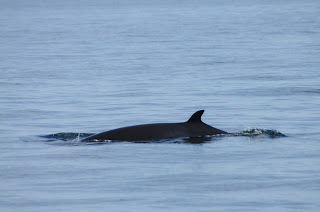 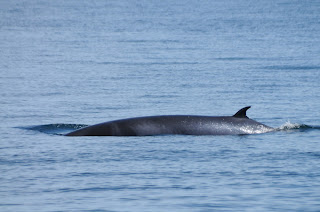 On our way home we found a very nice Ocean Sunfish and it was a great way to end our morning trip. 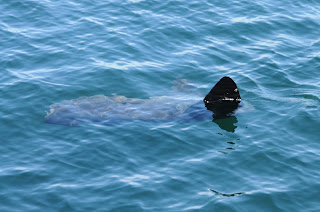 In the afternoon we found one of the best Minke whales we've had in quite awhile about 12 miles from Rye.  This whale spent the majority of the time along the surface and gave everyone on board great looks!  Minke whales are known as the little piked whales due to their pointed snout that is seen first as they break the water's surface.  What a great whale for us to see! 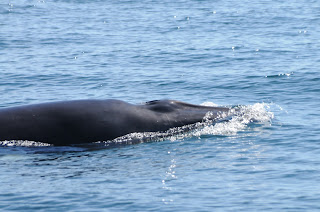 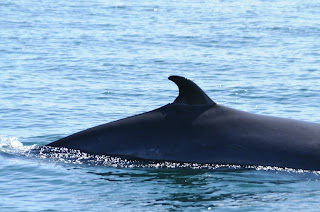 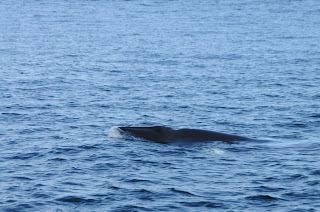 We were able to find a second Minke whale offshore on Jeffrey's Ledge and shortly after finding this whale, we received reports from another whale watch vessel that there was different activity in the area.  We were about 5  miles away from that area and so in the interest of time, we decided to try our luck to see if we could possibly relocate the activity that was reported.  After traveling  for a little bit longer than anticipated we were starting to think that we may not be able to relocate the activity that had been reported.  Then, we started to see lots of splashing about a mile away and we had relocated lots of dolphins.  This happened to be a different pod of Atlantic white-sided dolphins where there were over a hundred individuals and they spread out over about a mile. 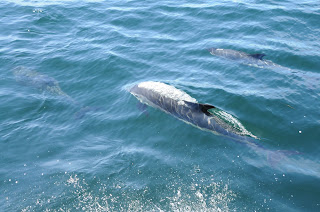 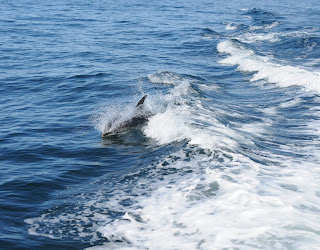 It was such a nice way to finish out our trip and the day as a whole.  A big thank you to everyone who joined us.  We hope to see you again soon.
Posted by Beth Bentley - BOS Research Associate - Granite State Whale Watch Naturalist at 8:24 PM