As we left the harbor, we actually saw a harbor seal and a few harbor porpoise on our way to the Isles of Shoals.  Soon after passing the Islands, we came upon our first whale of the day, a Minke whale.  As we stopped to try and get some looks at our first whale, we noticed that this whale was not surfacing in a normal fashion.  Minke whales are known as the "little piked whales," because their pointed snout will usually break the surface completely before arching to take a breath and this whale was not surfacing that way.  In fact, we could never really see in front of the whale's blowholes real well and that concerned us.  A few days ago, our associates from the Atlantic Queen II had spotted an entangled minke whale that had yellow line going across it's rostrum (top part of whales mouth in front of the blowholes).  They however never saw any trailing line.  We started wondering if this was the same whale that they had had just a few days earlier.  It would only surface for 2 breaths at a time and wouldn't surface normally.  We informed all our passengers on board about the situation at hand and that we needed to try and get as much documentation on this whale as possible.  We matched photographs of this whale's dorsal fin with photos from the whale seen on saturday and we were 99% sure that it was the same whale.  After close to 45 minutes of following this whale and by photographing it as much as possible, it was determined that this whale appeared to be gear free. How this whale was able to free itself, no one knows, but there was no further evidence of line around the mouth or any trailing line noticed during our time watching it.  There may be a small indentation in the top of the whales mouth, but that is still unclear.   The Provincetown Center for Coastal Studies (PCCS) are in charge of disentangling any whales in the NE and we were able to get in contact with them regarding this whale.  We were happy to know that this whale did not appear to have any gear on its body, but it is important to still document its current and future condition.  The whale's skin color was lighter than it should be, which can be a sign of illness, but it still has a great chance of surviving the unfortunate human interaction like a fish gear entanglement.  We will certainly be on the lookout for this whale on future whale watches and will try to keep everyone posted on its progress if seen again. 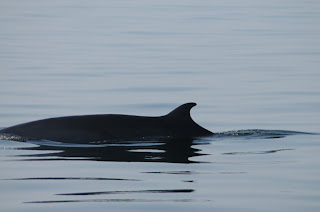 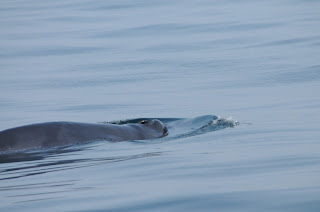 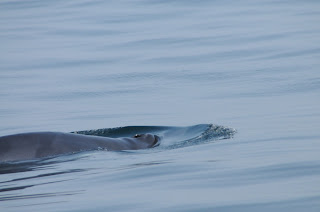 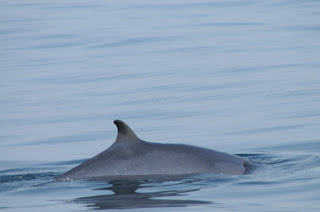 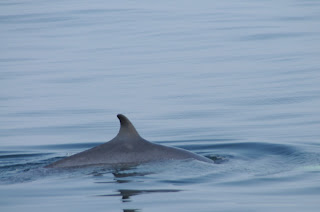 Throughout the remainder of the morning we were able to see 10 different Minke whales, 2 pods of harbor porpoise and even a blue shark during our travels. 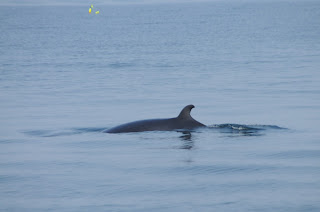 Before heading home, we stopped at Boon Island and saw a few Harbor seals along with a large colony of Gray seals simply basking in the sun and taking a break from a mid morning meal. 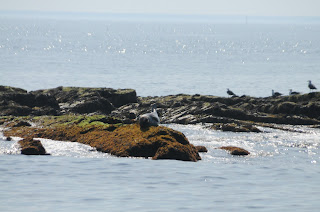 In the afternoon, we decided to stop at Boon Island first to see if the seals were still around and were they ever!  The majority were gray seals and they were really enjoying the sun and we were able to get great views! 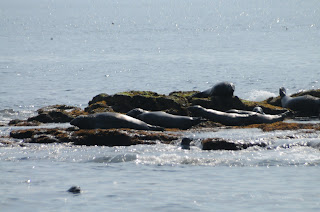 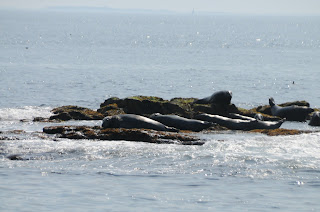 Once we left Boon Island, we travelled about 2-3 miles and saw our first whale of the afternoon, a Minke whale.  Well it didn't take long to realize that we didn't have 1 or 2 whales with us, we had 5 minke whales circling around the boat and no matter where you looked there was a whale.  They were all taking relatively short dives and spending a great deal of time at the surface.  With close approaches by several of them, it was such a nice way to spend the afternoon. 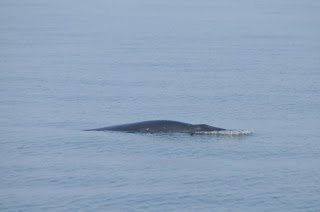 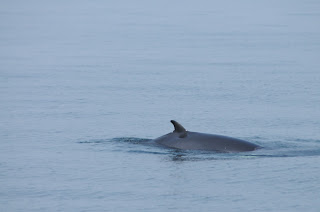 We then got word of different whale activity about 10 miles from our location with all the Minke whales that we had and since there was the potential of seeing a different species and we had time to explore, we figured we would give it a shot.  As we got closer and closer to the other area, we were not having any luck relocating the activity that had been there not long ago.  When searching for wild animals, there is never a guarantee of what one light find and we started running short on time.

As we turned for home, we found another minke whale to spend time with and when we stopped, our eagle-eyed captain spotted lots of splashing about a mile away from where we were.  We had dolphins in the area and that was the exact sighting we had been looking for earlier in the afternoon.  There was a pod of about 30-40 Atlantic white-sided dolphins swimming all around us and it was a great way to end the trip and our day as a whole.  A big thank you to all our passengers who joined us today, and a special thank you to our morning crowd for your patience and assistance with keeping track or our once entangled minke whale. 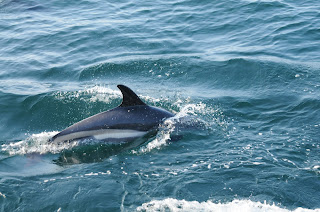 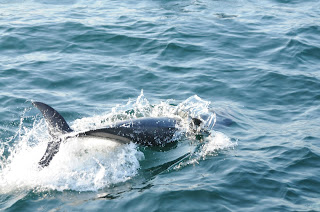