This morning we headed down towards Cape Ann in search of whales. After passing by a few pods of harbor porpoises, we found a pair of fin whales! These beautifully sleek whales were Dingle and #0932!
Dingle is one of Blue Ocean Society’s adoptable whales, and #0932 has been seen a few times in the past weeks, but each time, this whale is seen with a different friend!

As we were leaving the fin whales, a minke whale surfaced close by. Then we found a pair of humpback whales. These whales, identified as Touchdown and Chablis, were staying underwater for anywhere from 4-10 minutes.
Several harbor seals were also seen during the trip as well as more harbor porpoises on our way home.
This afternoon, we headed to the same area and clearly word had gotten out of just how close to shore the whales were. LOTS of whale watching boats from Boston, Gloucester, Hampton and Rye were on scene along dozens of private boaters. It was a little more hectic than we prefer but the whales didn’t seem to mind at all. 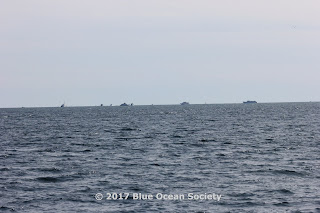 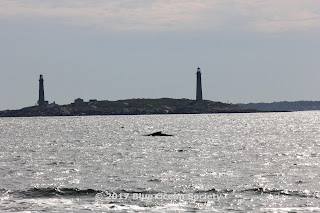 We got looks at Touchdown and Chablis again, along with Spoon, Jabiru and Gunslinger. The whales traded places at one point, switching up who they were hanging out with. Ah, the mysteries of whales! 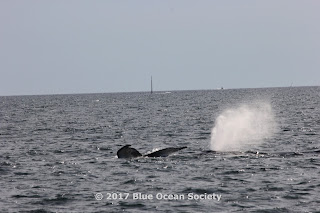 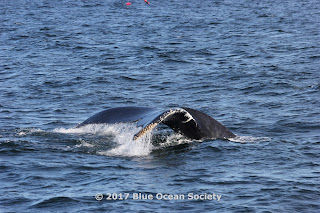 We will stay in the harbor tomorrow to let the wind and rain pass and expect to be back out on the ocean on Monday!
Posted by Dianna Schulte, Blue Ocean Society Director of Research at 10:00 PM