Thursday morning we ventured out to find a fin whale and minke whale in the same area. This fin whale had obvious entanglement scars. 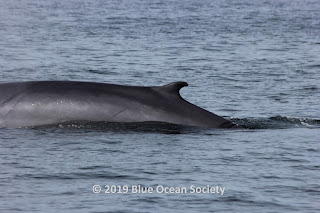 Further out, we found 6 or so more fin whales including a pair, and a single known as #0402. Next we found a humpback whale, Spoon, napping at the surface who was then joined by Quote, another adult female. 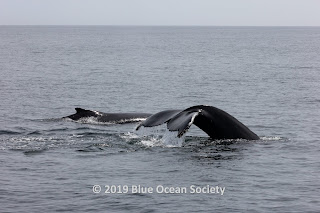 A bit away we found humpback whales Pinball and her newest calf!

Our trek home came upon a small group of Atlantic white sided dolphins! 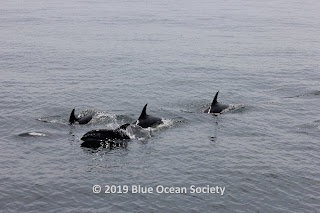 Thursday afternoon, the fin whales apparently left the neighborhood. We saw one very briefly from a distance. Then we saw a very elusive humpback whale. Finally, we found a mellow humpback whale, Zorro, who was doing a bit of searching for food and then capturing food in a dramatic manner at the surface! 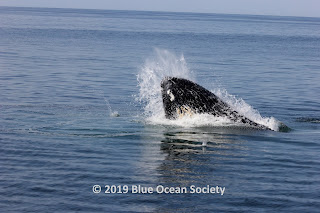 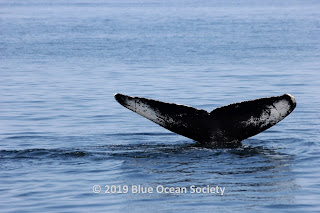 A porpoise surprised us by a quick close look, and we passed by another humpback on our way home. 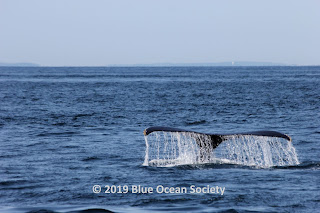 Numerous fin whales were in the area as well including one which was lunge-feeding at the surface! 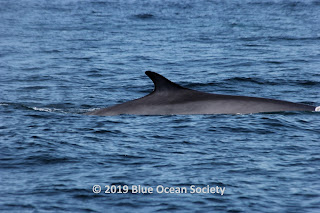 We passed by 2 minke whales on our way home.

Friday afternoon’s trip started out pretty dramatically! We came upon an ocean sunfish, which are usually quite mellow. This one started out mellow and then suddenly kicked it into high gear and jumped out of the water right next to us! Amazing! They are known to do this occasionally but having it now happen twice in a week is pretty spectacular! This fish might have been the star of the day. 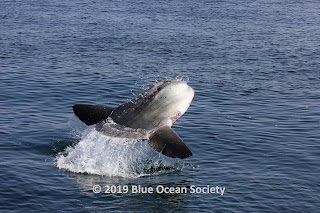 Venturing further, we found several fin whales, some of which were surface-feeding from a distance. 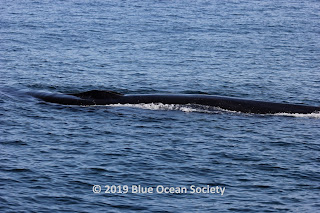 A busy humpback named Nike was around but hard to keep track of. 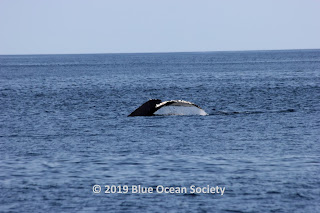 More fin whales on our way to the southwest area of Jeffreys Ledge. Then we found Zorro and Clamp. Clamp was blowing bubble clouds to catch her food. 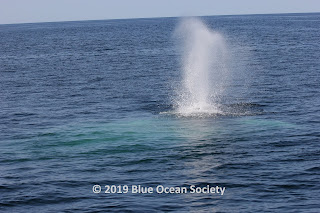 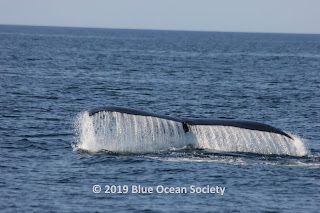 We passed a minke and school of tuna on our way home.

The birds are decent including all of the common shearwater species, Wilson’s storm petrels, northern gannets and common terns.