Apologies in the lack of blogging lately! I could make excuses, but in all honesty, we've just been really busy and tired the past week and a half! Here is an update from the past two days:

Aug 21 and 22 were calm and full of life! Wednesday morning we found a pair of fin whales slowly cruising at the surface. 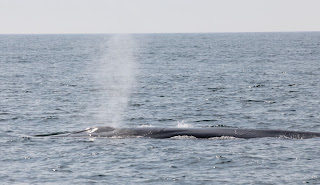 Then we found a couple of humpack whales, one of which was taking long dives and the other was only taking a breath every few minutes as it traveled just below the surface. 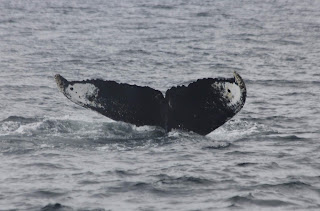 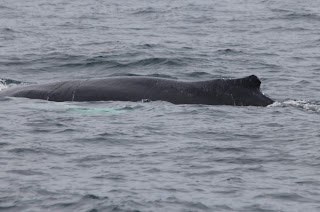 A pod of Atlantic white sided dolphins surprised us and then we found a mother and calf pair of humpback whales before returning home for the day. 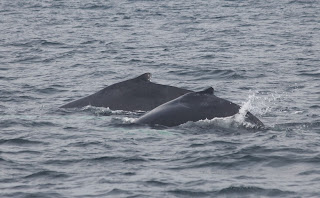 The afternoon was cancelled due to low reservations (a result of the scary forecast of lightning, hail and tornado warnings).
Thursday morning, we passed by a small group of harbor porpoises before checking out a minke whale. We found a pod of Atlantic white sided dolphins and were watching them when Owl, a humpback whale, surfaced close by! 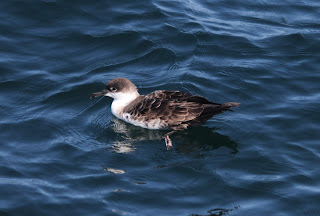 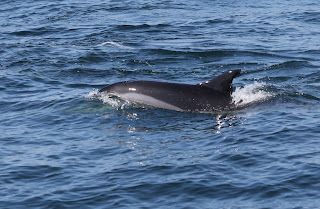 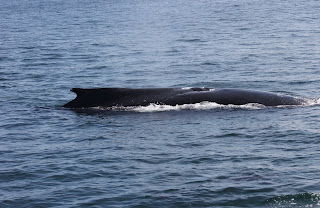 Soon, a second humpback whale named Satula came in to the area. The dolphins were flanking the whales when they were at the surface. 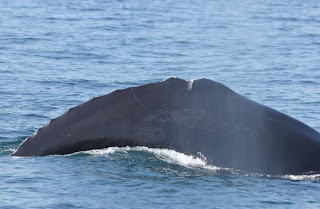 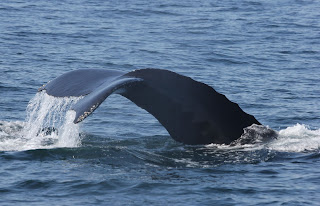 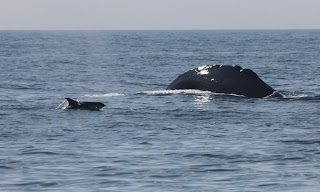 We found a 3rd humpback, but after waiting for over 18 minutes, we continued on. Passing through the area where we saw Owl and Satula, we found another humpback.
Thursday afternoon, the rain cloud caught up with us so we stopped to try to see an elusive pod of porpoises. We waited for a few minutes while the rain blew by and continued on to the east where we had whales on the morning trip. Owl and Satula were still in the area, as were a small pod of dolphins. 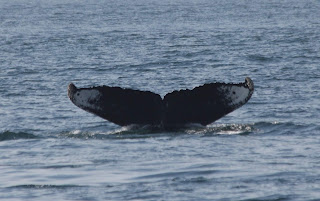 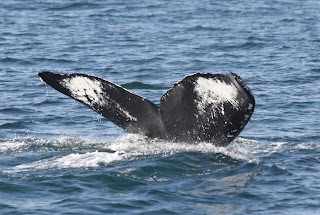 On our way home, we had a National Geographic moment as we were treated to a scene where a deceased harbor porpoise was being feasted on by several bird species and also a shark! We are still unsure of the species of shark but it was really cool to watch as it circled the carcass and eventually grabbed hold of it and brought it to the dephts. The circle of life.... 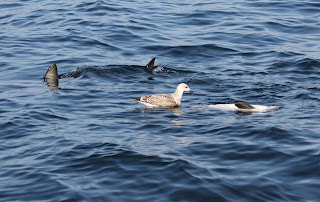 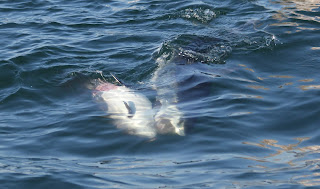 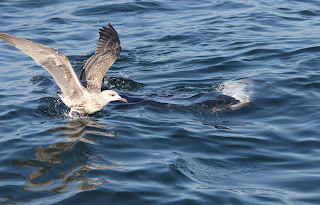