As we always say, every trip is different. Today was a great example of that.  As our postings have shown, we have been seeing multiple humpbacks most every day for the past few weeks. Well, the northeast wind blew Thursday night and Friday morning, stirring up the conditions. After staying at the dock yesterday to ride out the rough seas, we ventured out this morning to areas where we had humpbacks earlier in the week with no luck. We passed by several harbor seals and small pods of harbor porpoises on our way out. Then we found a fin whale that appeared to be trying to win a breath-holding competition, staying down for over 12 minutes. 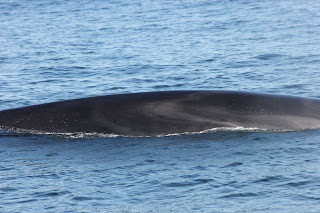 After a bit more searching, we came upon a very friendly pair of fin whales (mom and calf). The mom was Comet (an adoptable whale through Blue Ocean Society), and her calf this year is especially curious. At one point, it was next to the boat, rolled over and lifted its tail out of the water!  We got some really great looks at these whales and even witnessed the calf nursing!

We also stopped to look at an ocean sunfish (one of three throughout the trip). 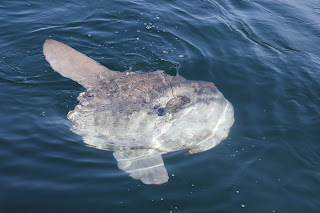 Then our mate spotted a sea turtle in the area!! This was a leatherback- the largest living species of sea turtle! We only got a few quick glimpses as this elusive species dove as we approached it. Sea turtles are known to be in the Gulf of Maine but are rarely seen due to their elusive behavior.

At this point, we were out of time and began to head back to the harbor. But on the way back in, another species surprised us! A humpback whale surfaced and we spent a bit of time with this whale that wasn’t all that keen on lifting its tail. We weren’t sure who this whale was until we relocated it during our afternoon trip. This was Hornbill, another one of Blue Ocean Society’s adoptable whales!!! Hornbill is known for being a bit mysterious so it was really no surprise when we found out who he was. 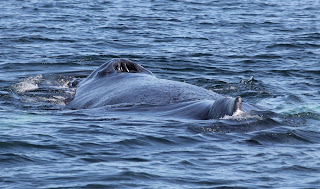 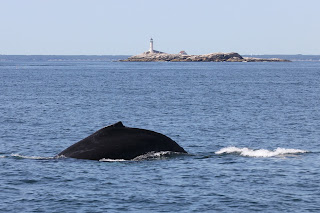 This afternoon, as I said, we relocated the humpback whale named Hornbill. Unfortunately a small boat was speeding around the whale and being really disrespectful to the other whale watchers as well as the whale.  So, to give the whale a little bit of peace, we continued on offshore to hopefully find some other activity. 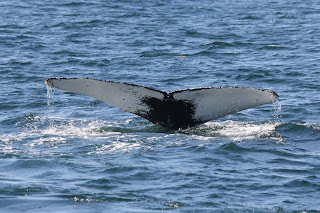 Our move paid off as we found a pod of harbor porpoises, several fin whales, an ocean sunfish and 4 more humpback whales including Highlighter, Mogul, Nike and Cacophony as well as a couple of minke whales. So many whales, so little time.  We hope that some of these whales stick around for a bit! 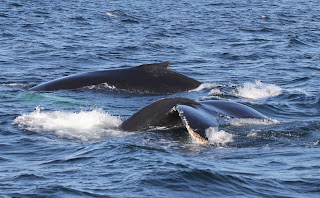 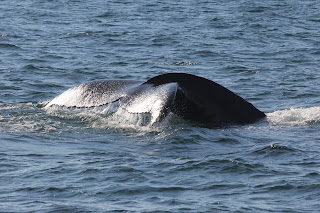 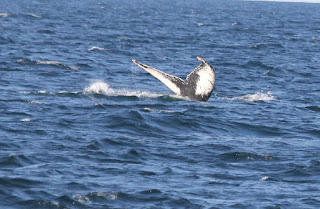 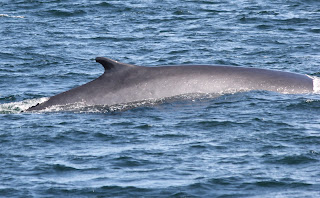