When we say no two trips are ever alike, we mean it. Today's morning and afternoon trips couldn't have been more different from each other, and yet both amazing!

The morning trip ventured out towards the middle part of Jeffreys Ledge. On our way there we found three fin whales cruising around. Although all were more than cooperative, we have only identified one so far: #0902!  Minke whales were in the mix as well and we even got a quick glimpse of the "minke mittens" as one passed us closely!

As we pressed on, we noticed a light shadow just below the surface close to the boat. A friendly basking shark was just subsurface yet very accommodating. It appeared to be resting- not moving too quickly, and not apparently feeding, but we got some amazing close looks just before it turned towards us and dove. 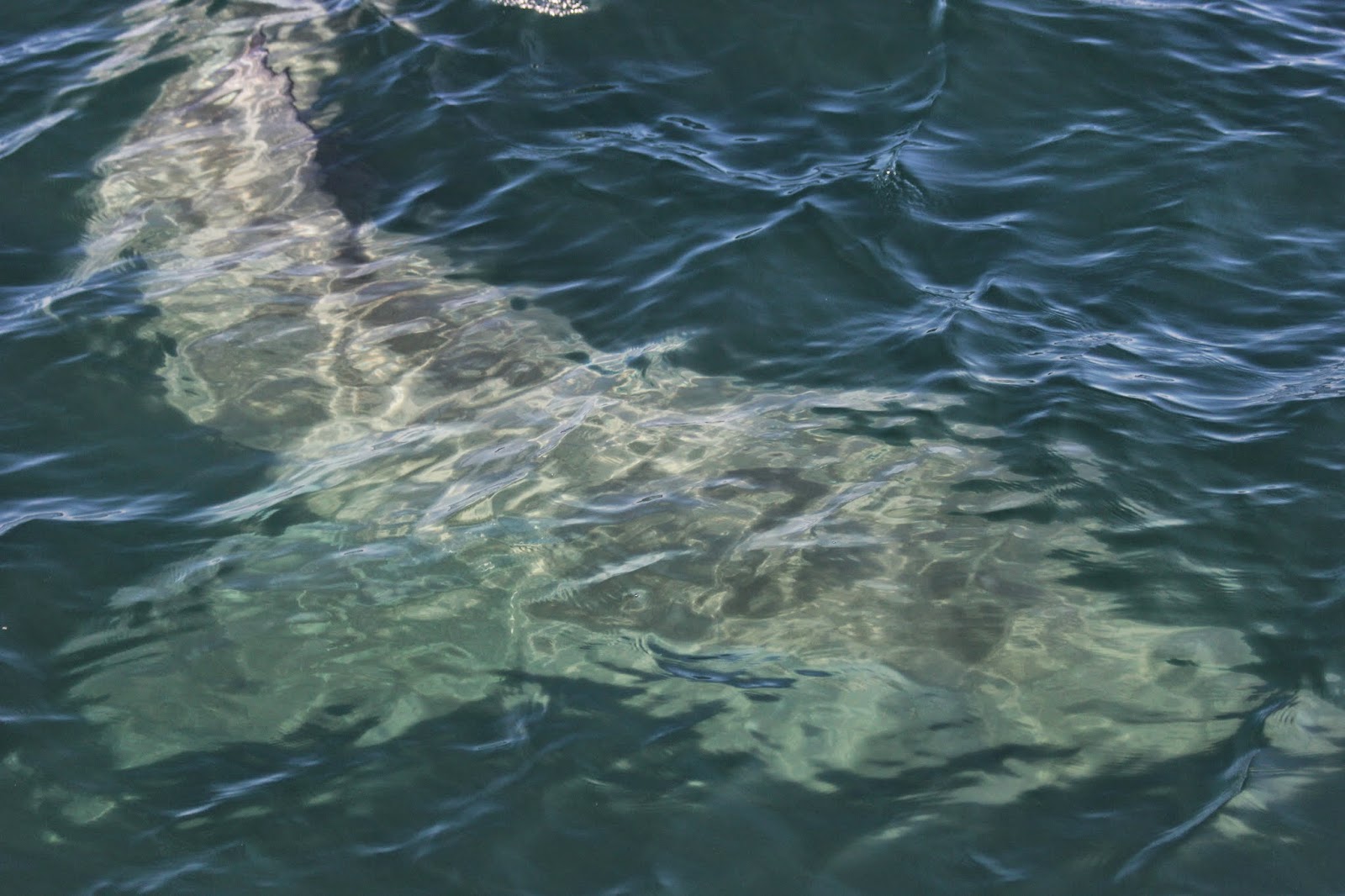 A bit further out, on the edge of the Ledge, we found four more fin whales! They seemed to be in every direction we looked! These massive animals never cease to amaze. Their grace and and agility is incomparable by far! 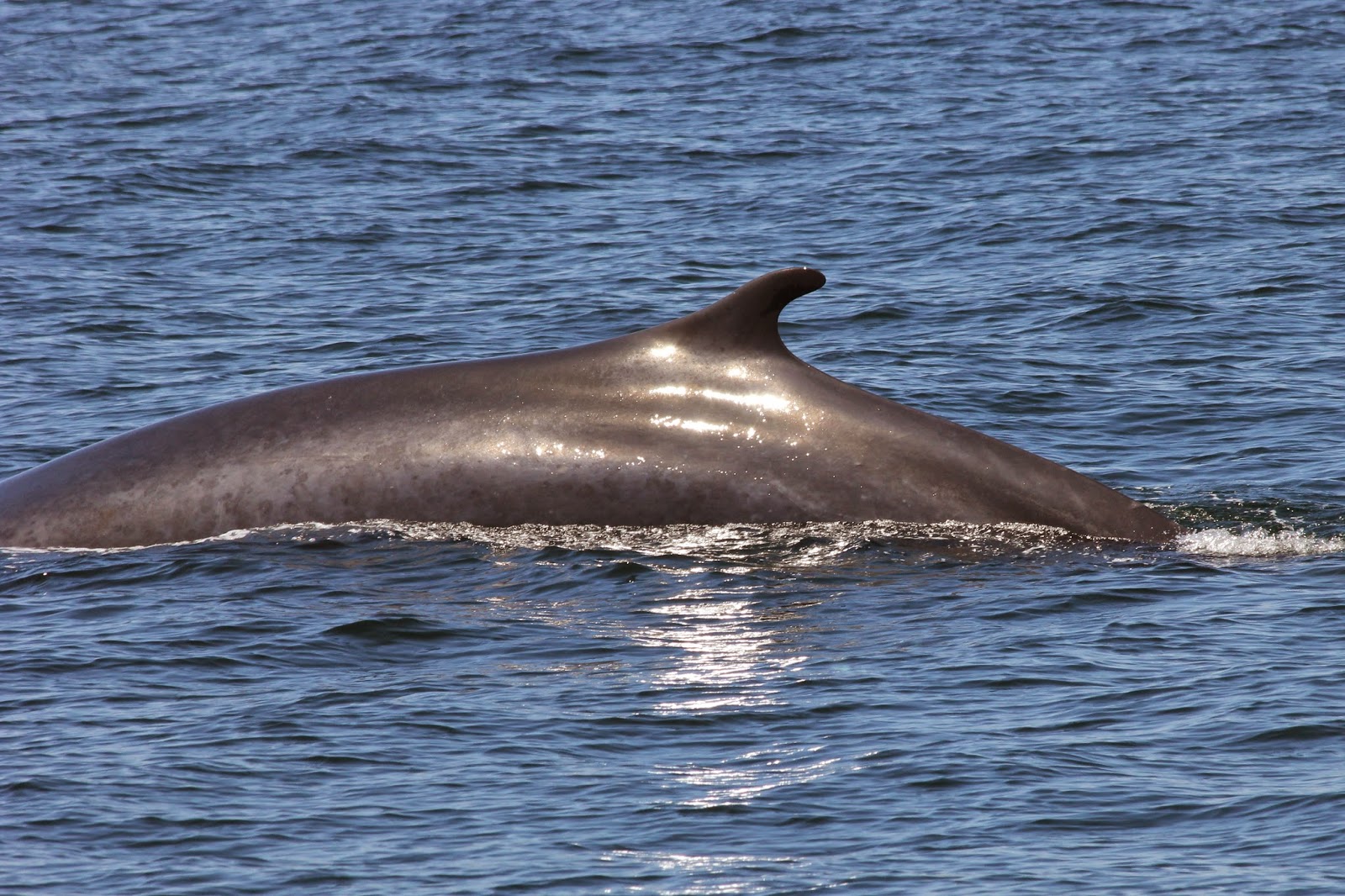 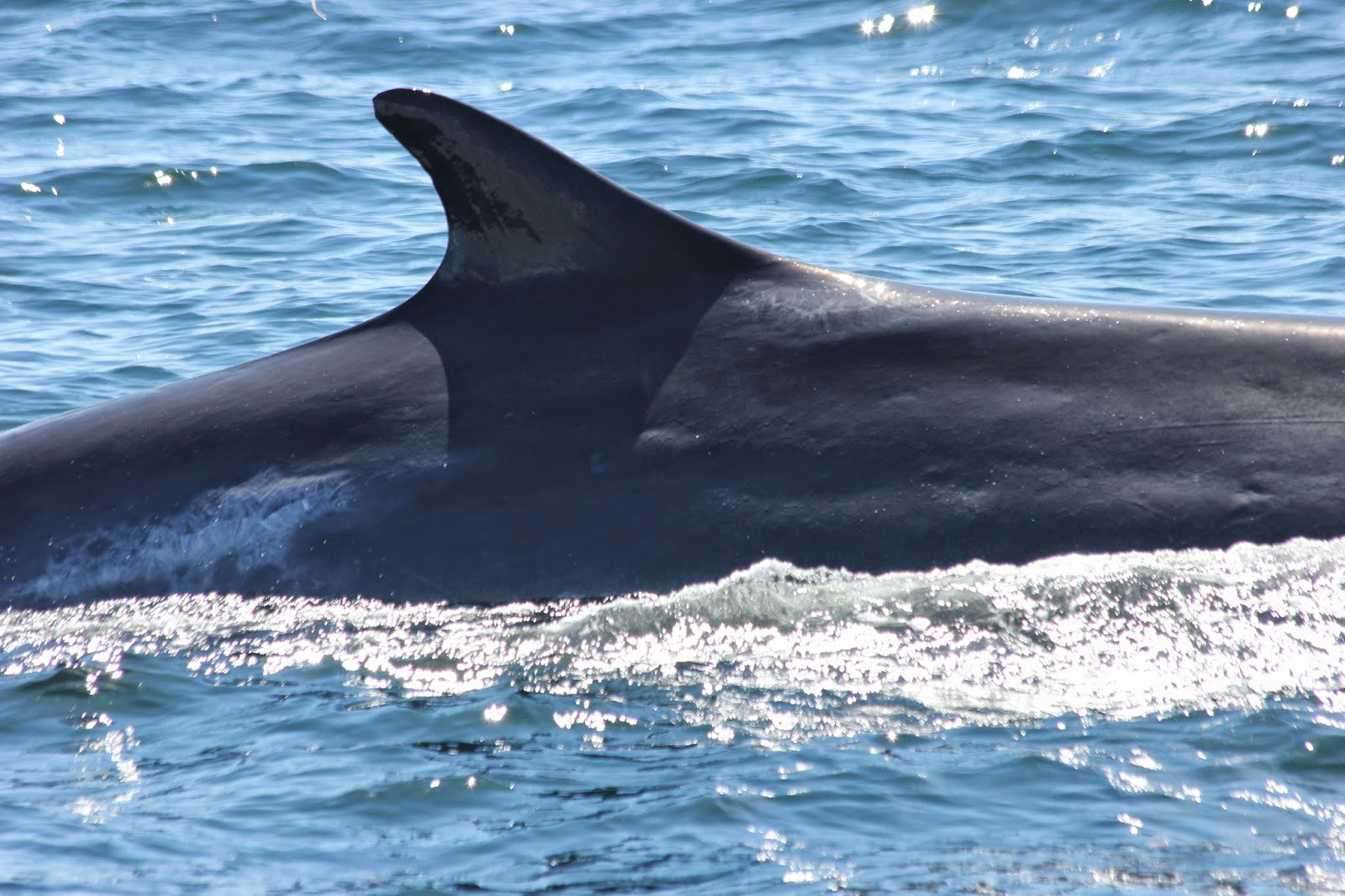 For the afternoon trip, we decided to be adventurous and head out to the southern-most part of the Ledge, to an area near Tillies Bank. We had heard a report of different whales and even though it was a longer ride, we figured we could use a little diversity.

After a long ride, we finally started seeing some white water and spouts. It appeared that we were amongst the humpback whales now!  Before we knew it, we were seeing whales all around us. And these whales were hungry! We looked down into the water and saw zillions of sand eels trying to escape the jaws of the hungry humpbacks! 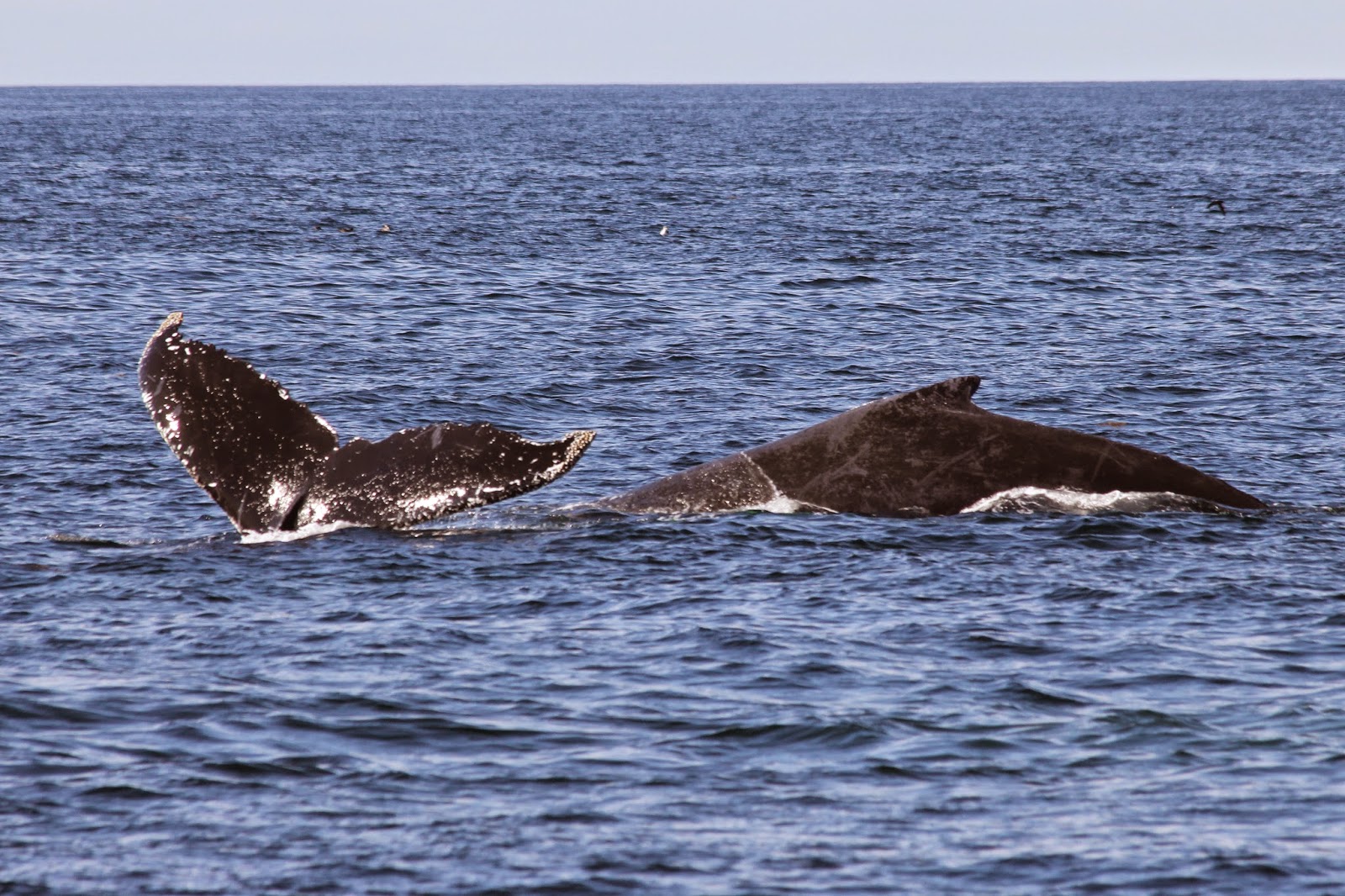 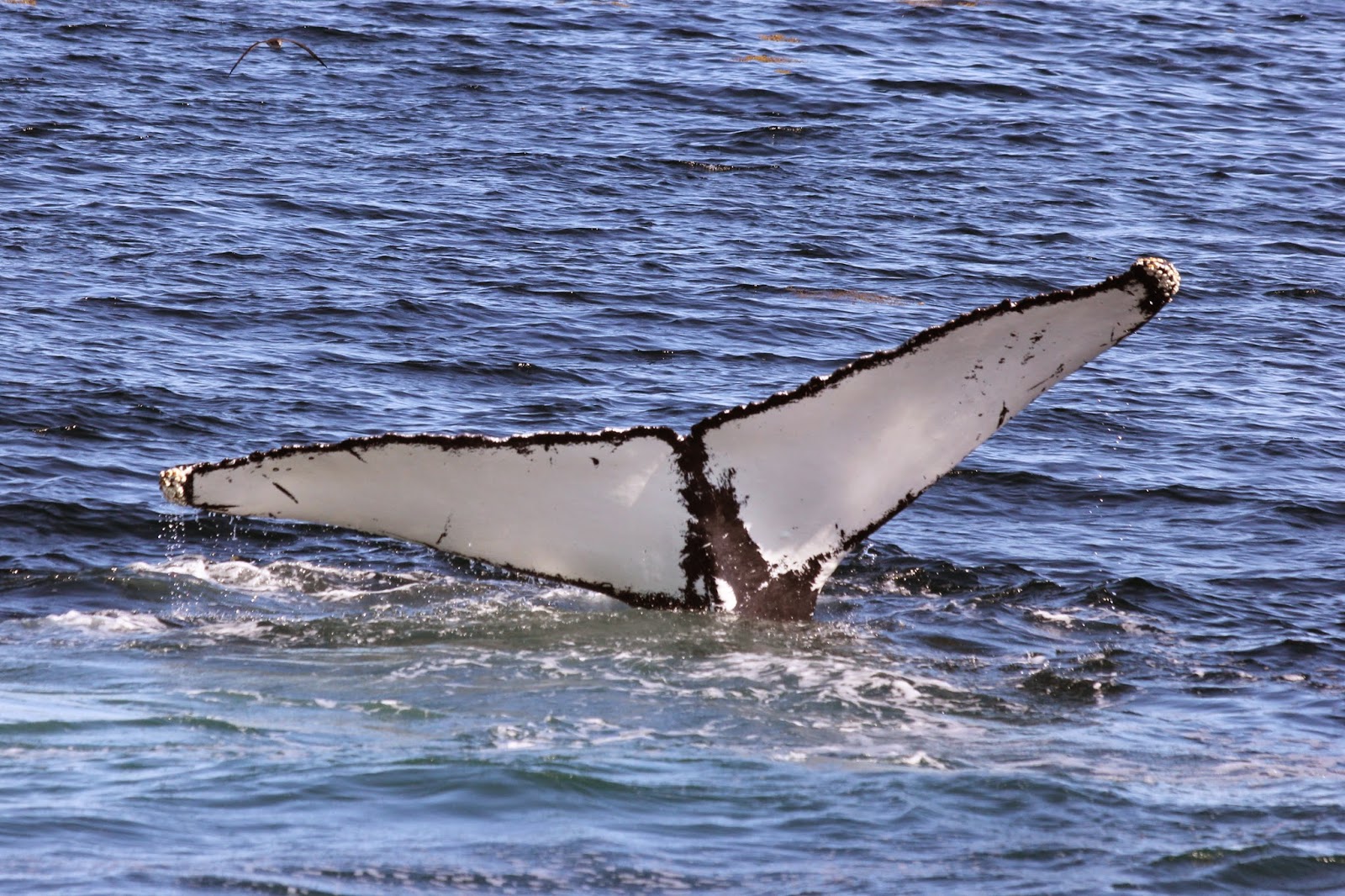 Some of the humpbacks were using bubble clouds and spiral-shaped bubble nets to corral their prey, while others were using the kick-feeding behavior to possibly stun their prey. It was an incredible afternoon of feeding, all while being surrounded by thousands of shearwaters (Great, Sooty and Cory's) and a couple of fulmars.


Today was the perfect day to view whales in their natural habitat- perfect sea conditions and awesome whale behaviors! We don't know what tomorrow will bring but we are hopeful that the whales (and their food) will stick around for a while.
Posted by Dianna Schulte, Blue Ocean Society Director of Research at 9:26 PM