The overcast skies didn’t scare away the whales or our passengers today. We had a great trip with 7 different humpback whales, several pods of harbor porpoises and even an ocean sunfish! Our first humpback whale was less than cooperative as it stayed under water for over 17 minutes before reappearing about a mile away. We decided to continue on hoping we would find something else that was spending a bit more time at the surface. Luckily our gamble paid off and we were rewarded with 6 more humpbacks; a trio, a pair and a single.

The trio was made up of whales named Quote, Blackhole and Buzzard. Quote was lifting her flukes high into the air and even did a quick tail-breach near the other two.  Blackhole would twist would she dove, creating a corkscrew. And Buzzard was there observing it all. 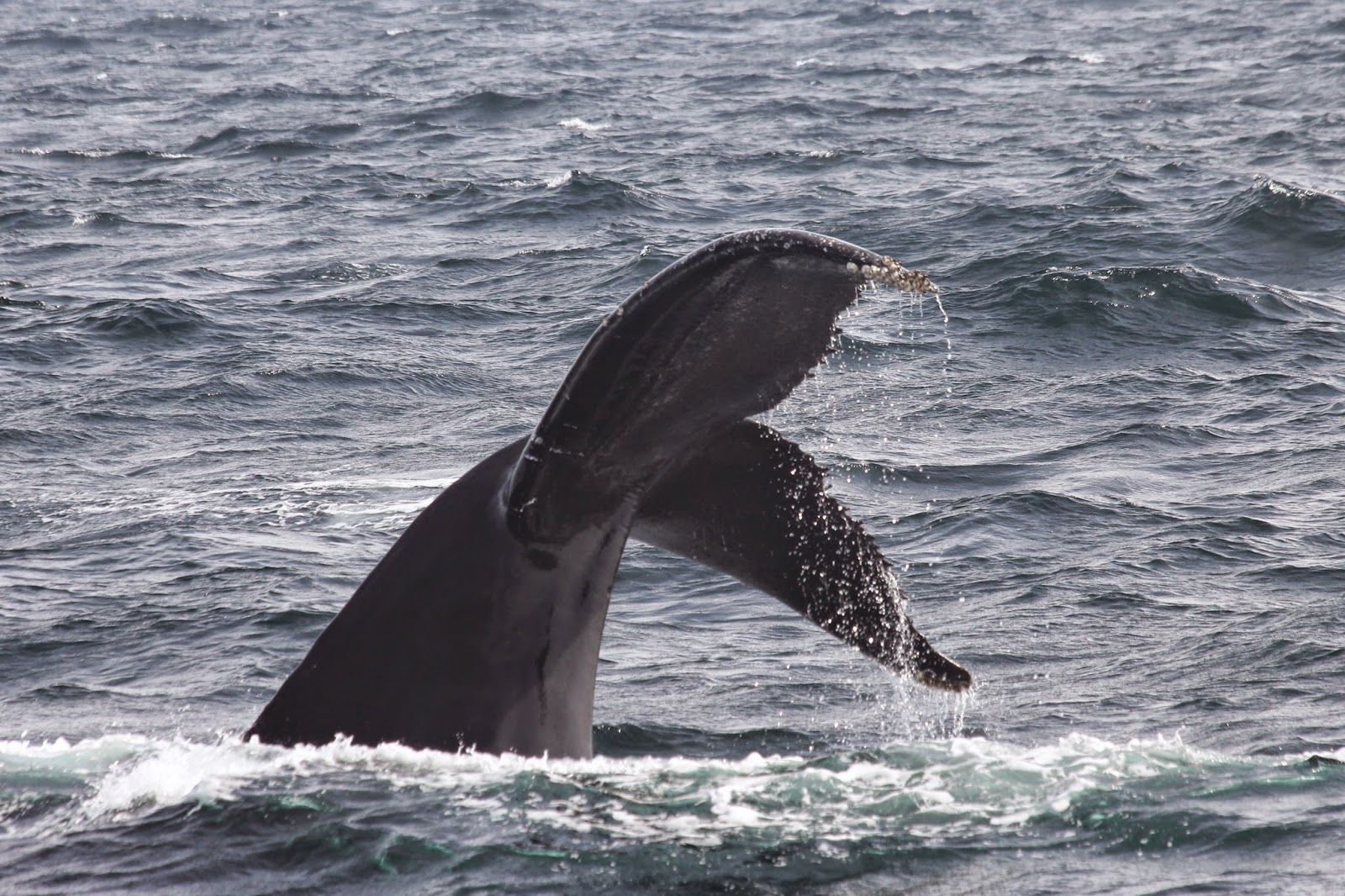 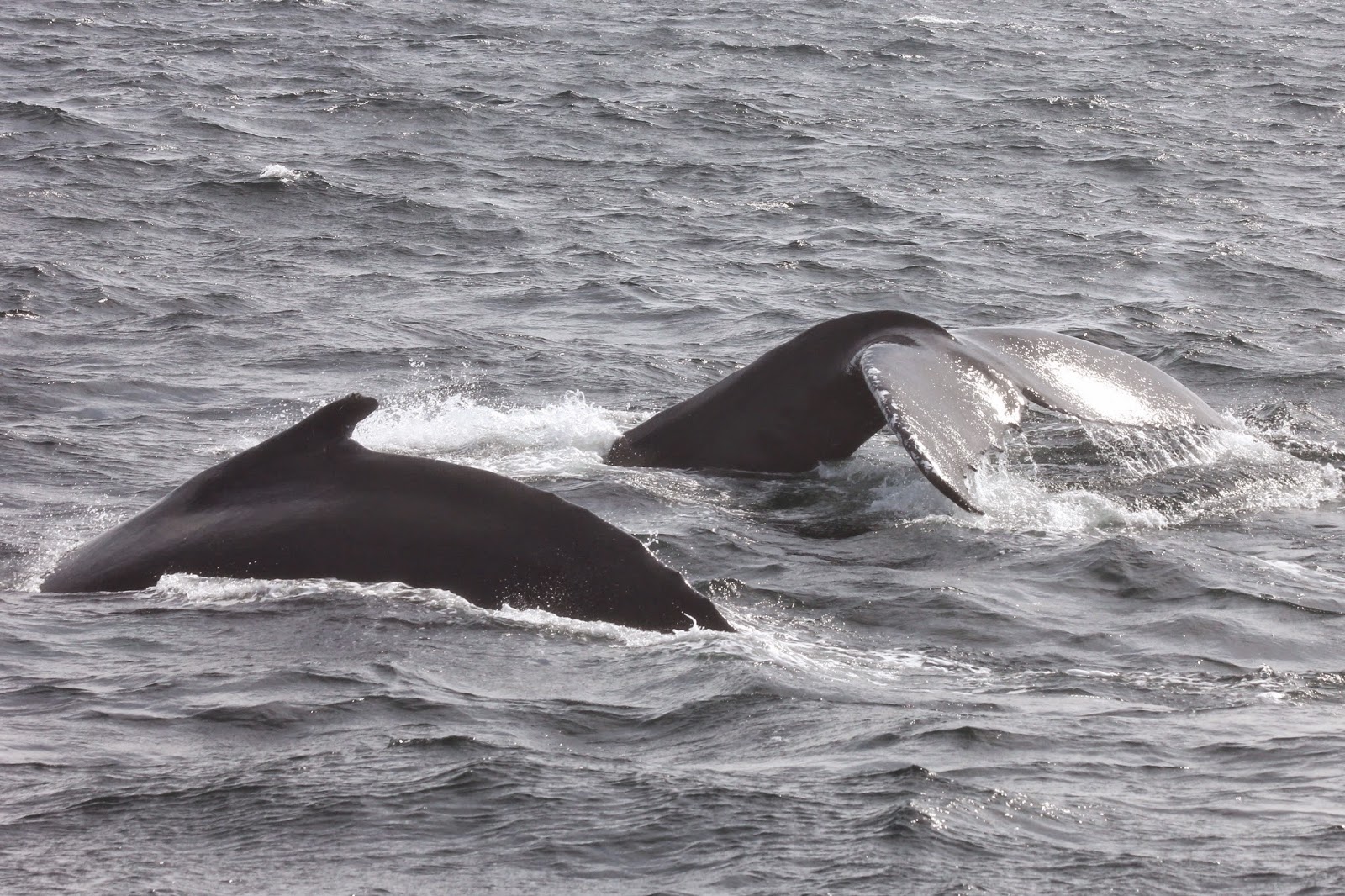 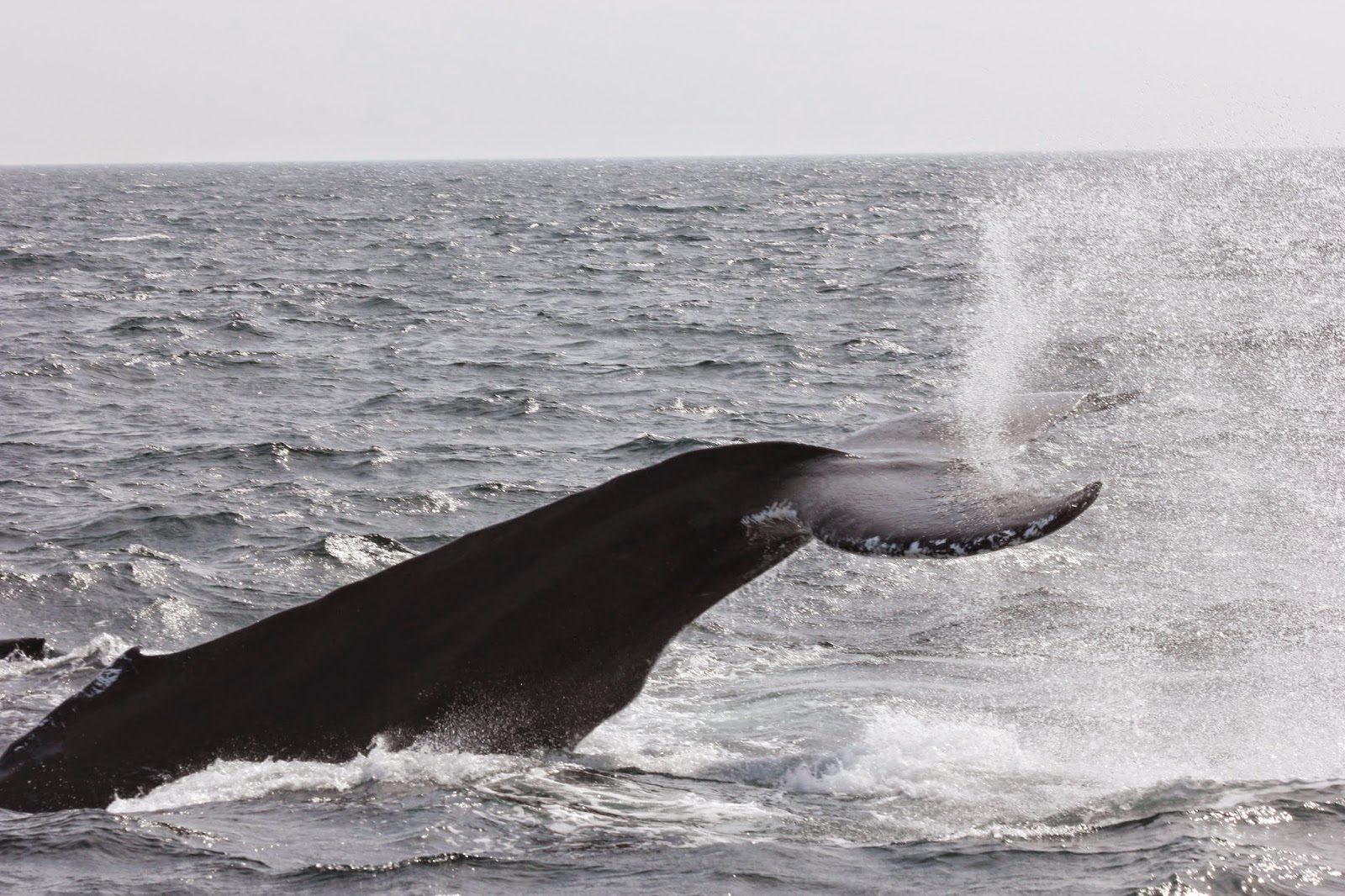 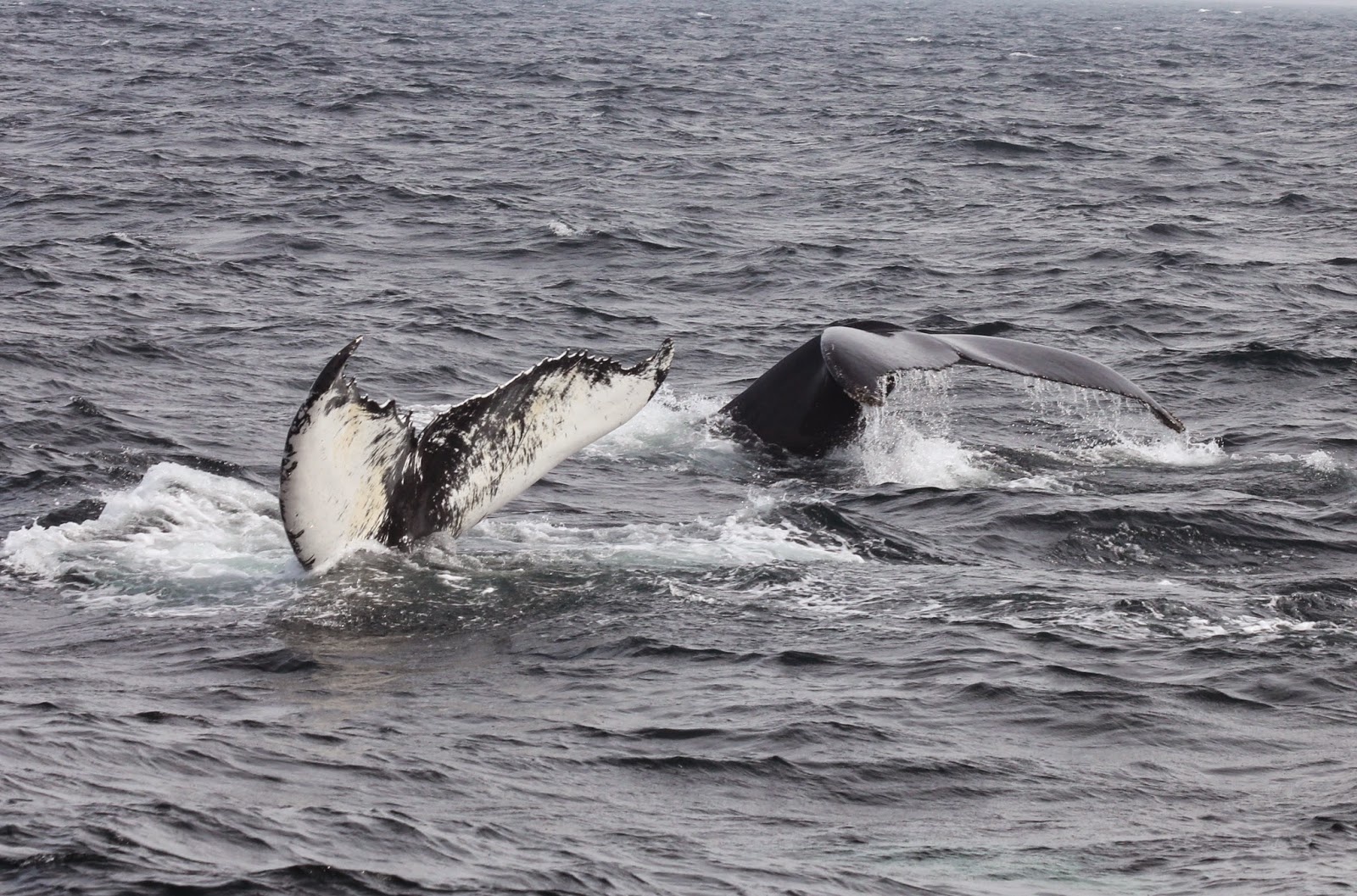 Next we found the pair of humpbacks, named Valley and Sickle. These two appeared to be in a resting mode, spending lots of time just floating at the surface before lifting their flukes high into the air to go down for deep dives. Sickle was seemingly playing with seaweed, lifting up her nose with seaweed draped over it. 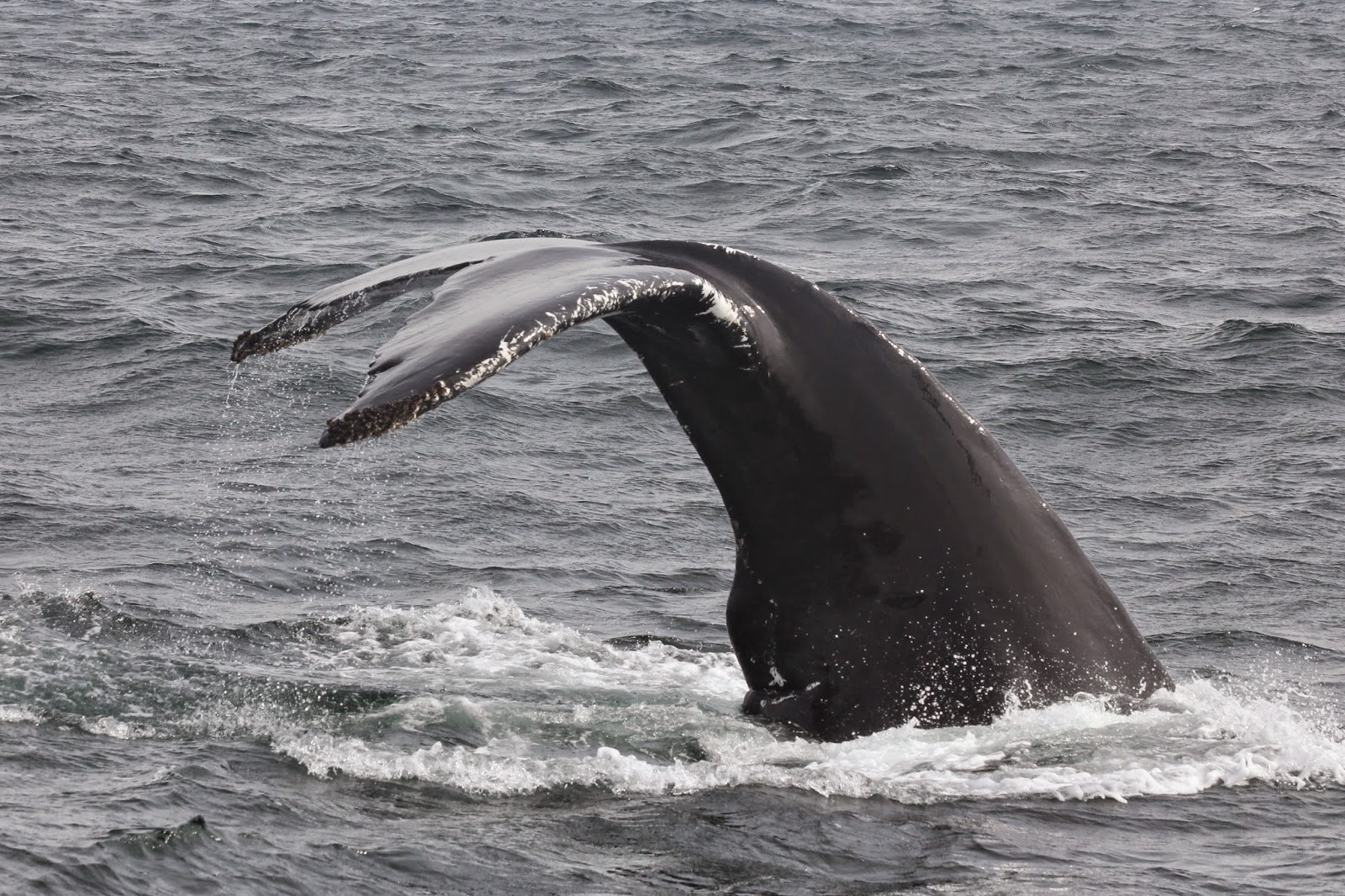 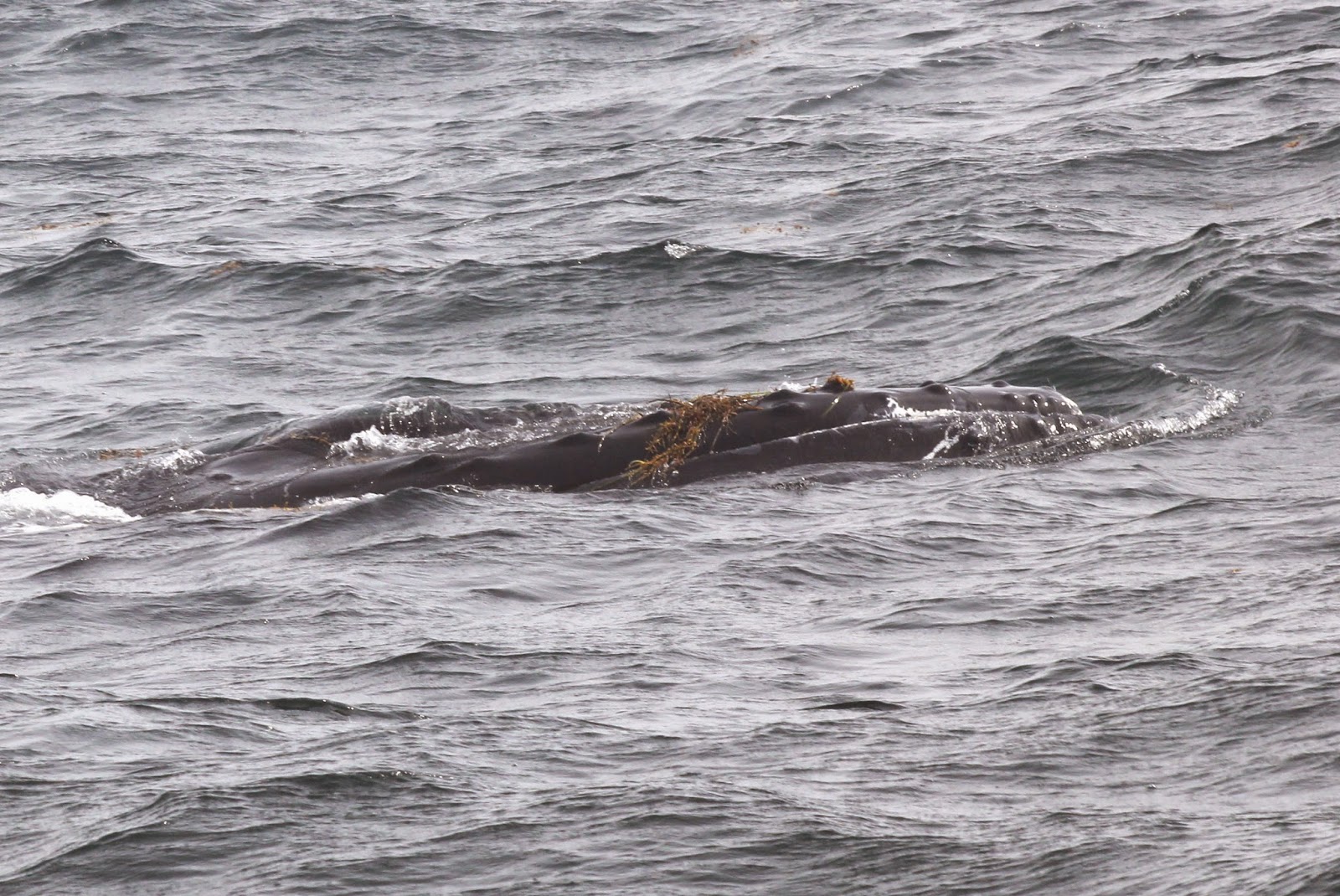 And on our way home, we were surprised by another whale! This humpback was young, and curious.  It frequently approached the boat and we shut down our engines each time.  We spent about 20 minutes with this whale as we were curious about who it was. We only saw bits of the flukes and it rolled at the surface but upon consulting our resources after the trip, I found that this was Epsom, the current calf of Salt! Salt is one of the most famous whales in the world. She was seen for the first time in the mid-1970’s and was the first whale to be given a name (based on her white-scraped dorsal fin).  She has been seen in the Gulf of Maine nearly every year since.  She was also the first whale to be identified in the Caribbean, giving researchers more insight into the migration routes of this population. She has birthed many calves over the years, including her newest, Epsom!  Although many mother/calf pairs are still together at this time of year, it is not unusual for calves to be weaned a bit early. That seems to be the case for Epsom, who was looking quite plump and happy!  What a great finale to our trip! 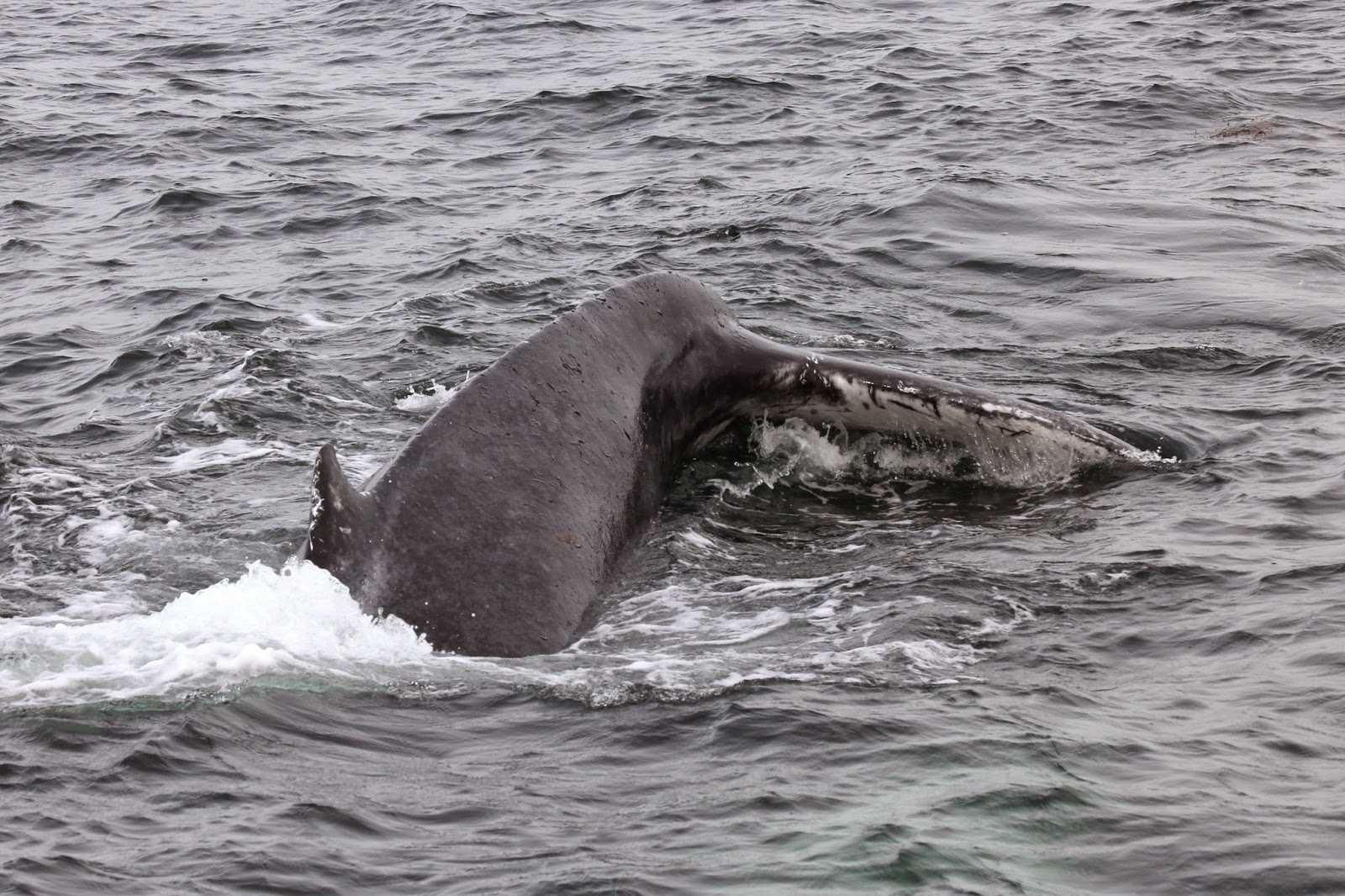 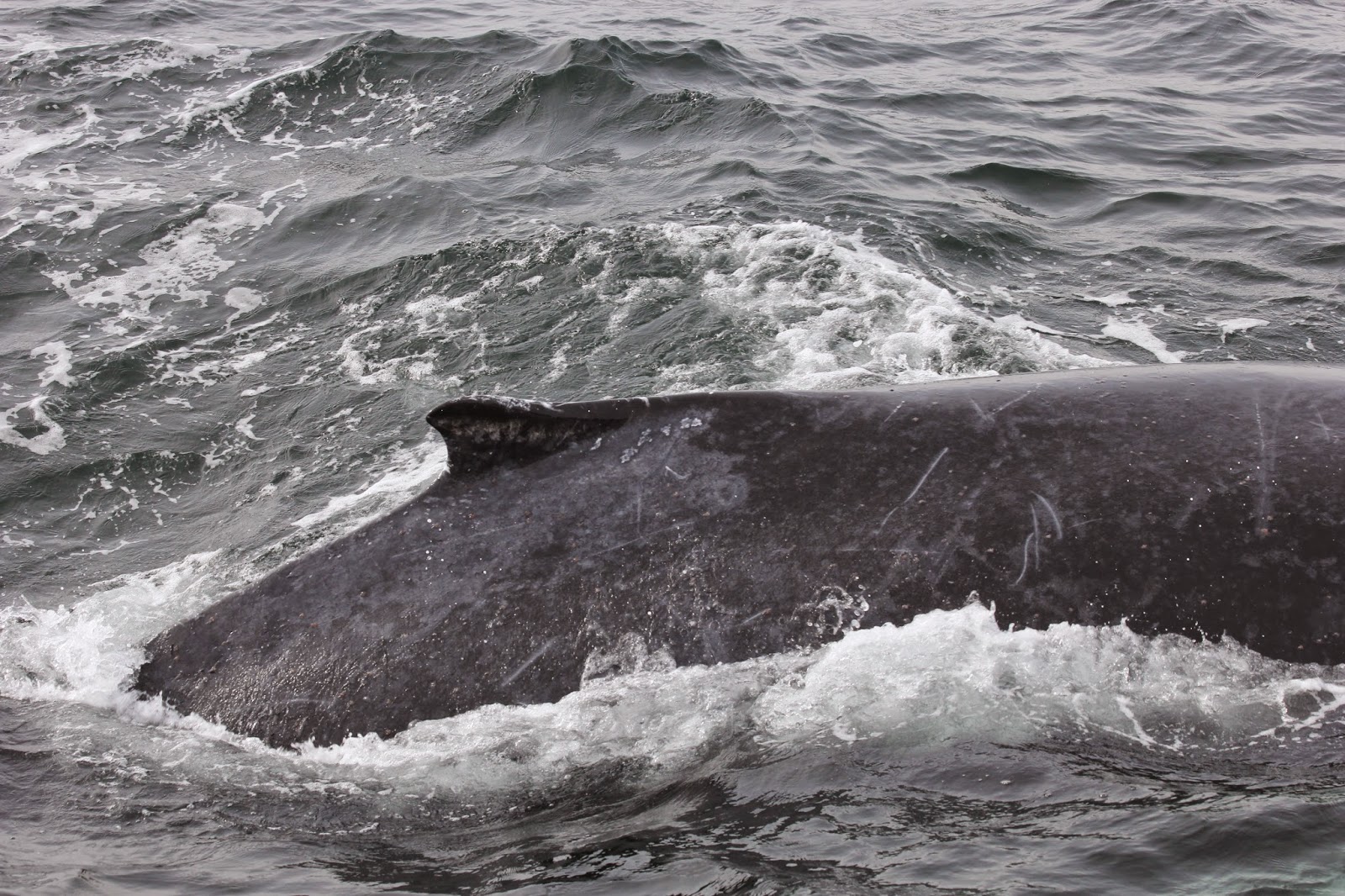