arThursday, September 3rd was an overcast, slightly rainy day, but that didn't stop us from finding whales! The first sighting was a pair of humpback whales, Nile and Chromosome!

Chromosome is a new visitor for us this year, although very familiar with his distinctive markings!


Nearby, another pair of humpback whales were seen. These were Owl and Fern! Before we knew it, Fern joined up with Nile and Chromosome and Owl took off by herself.

Not far away, a pod of about 75 Atlantic white sided dolphins showed up, and we even got some looks at some other species of marine life including a blue shark, an ocean sunfish and a lion's mane jelly!  The bird life included great shearwaters, Cory's shearwaters and Wilson's storm petrels! Very diverse day!

Friday, September 4th was bight and sunny with relatively calm seas. We got a call from one of our friends aboard Good Bones who alerted us to a few humpbacks where they were fishing.  Upon arrival, we found the humpback whale, Nile, surfacing every few minutes. 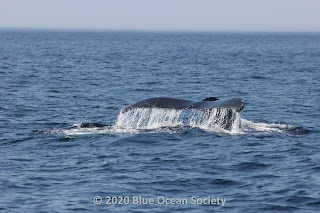 Nearby, we spotted a pair of humpback whales, Chromosome and Fern! These two were blowing small bubble clouds and surfacing ever couple minutes! 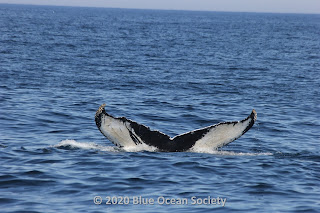 In the distance, we saw another blow which turned out to be a trio of humpback whales: Owl, and a mother with her calf! At first all three were together. Then Owl left the pair but stayed in the area.  The mom and calf were moving around quite a bit.

While they were down, our mate spotted a leatherback sea turtle!!! These have been seen a few times this summer but are generally very rare to see in our area!
We went back to the pair of humpbacks, but now they were sleeping. A minke whale swam by and they didn't even seem to notice. The calf was at the surface for quite some time, with mom checking in now and then. We never did see her tail, but the calf decided to surface tail-first several times!!
Such a cool sighting! We had incredible lighting and could see almost the entire calf just below the surface. 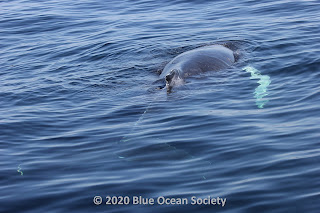 On our trek home, our captain spotted some dolphins. At first it didn't look like too many, but as we spent time with this pod, it turned out to be a much larger pod than we first thought. About 100 common dolphins were in the area!!! This was super awesome for 2 reasons. First, common dolphins are not common in our area! They are an offshore species, often seen several hundred miles from shore. Second, common dolphins are usually quite fast and are seen racing around at high speeds. This pod was really mellow and seemingly curious about our boat! With the calm conditions and good lighting, we were treated to some amazing looks at these little "toothed whales"! 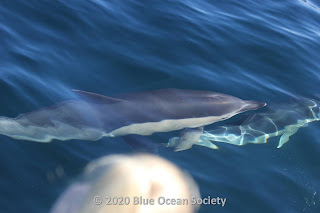 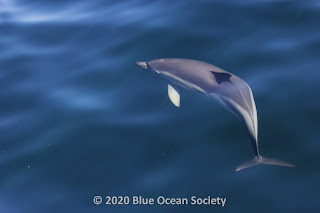 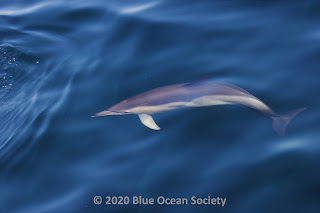 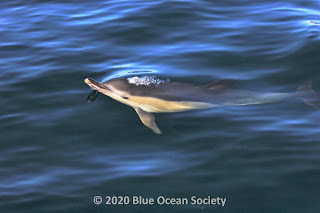 Such a great start to the holiday weekend! I can't wait to see what the rest of the weekend has in store for us!