This morning we started our trip by seeing the humpback whale named Geometry. 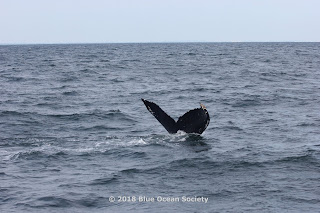 He came up close to the boat and while we waited for him to resurface, a couple of minke whales were seen closely too!  Then we saw some splashing in the distance and we went to investigate. More humpback whales! These were the Tremendous Trio: Spoon, her calf and Jabiru!  We’ve been seeing these three together for a while now. Today, Jabiru breached first, and then Spoon and her calf followed!
It was an amazing demonstration of humpback whale behavior! After they settled down, we continued on to find two more humpback whales. This pair was pretty mellow, not even lifting their tails!
Based on their dorsal fins, these ended up being Victim and Ravine. 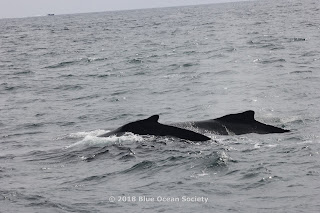 This afternoon, we found a pod of about 75 Atlantic white sided dolphins on our way out. They would all be up together and then all down together. We got great views of them as they cruised right next to the boat. 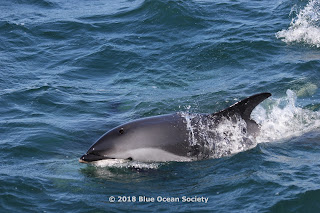 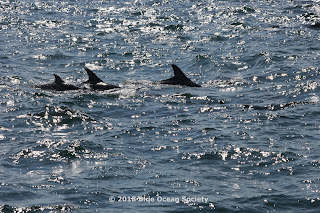 Next, we found Victim and Ravine again. They were behaving the same as this morning- seemingly sleepy and not fluking.  Just as we were leaving, Victim decided to fluke! 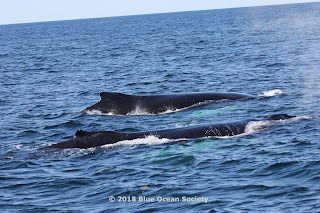 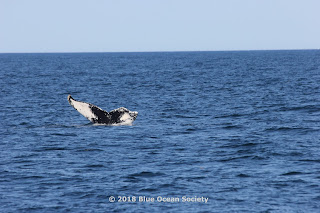 Moving on, we saw splashing on the horizon. This turned out to be Patches (the brochure-whale of Granite State Whale Watch). By the time we got close to him, he began to slap his flippers on the water.  Before we knew it, another humpback whale, Geometry, came in and was hanging out with Patches. 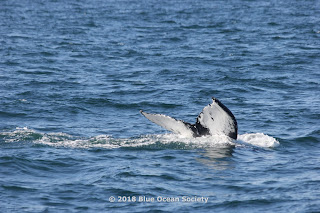 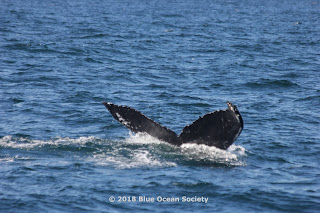 In the distance we could see more breaching. This was Spoon, her calf and Jabiru once again!  Although we didn’t see any of them breach close by, we did get amazing close looks, especially of Jabiru as she swam right to the boat and then dove right under us! 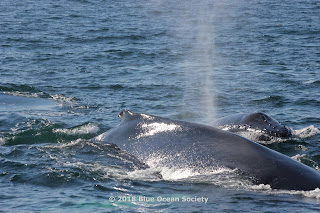 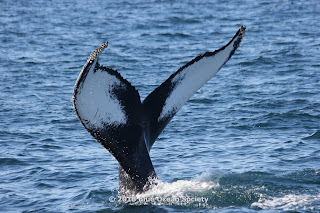